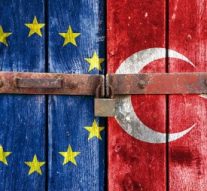 The war in Ukraine has been going on for almost two months now with no clear prospects of ending it. A number of issues arose during this period, including the role the European Union is playing in the crisis as well as its relations with other regional powers. This article will briefly present the economic forms of cooperation between the European Union and Turkey in terms of the Ukrainian crisis and the challenges facing all parties to the conflict.

Russia is a foe for Turkey; despite significant differences and animosity, Ankara requires strong relations with Moscow. Turkey relies on Russia for around half of its gas needs. Turkey, on the other hand, is a strategic energy corridor in and of itself. It is close to more than 70% of the world’s gas and oil reserves, making it a vital link between global producers and consumers of energy. The war is hurting Russian tourism, which is a crucial component of the domestic tourism business. On Feb. 28, Turkey closed the Dardanelles and the Bosphorus, a move backed by Russia in response to a Ukrainian request to seal the Straits the day the war began. Turkey, on the other hand, has refused to block its airspace to Russian planes. Thousands of Ukrainians have arrived in Turkey.

By weakening the economy, undermining democracy and abolishing the independent judiciary, Turkey is currently further away from the European Union than it has ever been, according to a European Commission report presented in Brussels last year. Turkey began accession talks with the EU in 2005, but they were never easy due to Ankara’s involvement in the Cyprus crisis, and they were exacerbated after the failed coup attempt in Turkey in 2016, after which President Recep Tayyip Erdogan retaliated violently against political opponents.

Turkey dismissed the assessment as “biased and far from constructive,” as well as all criticism of the economy, democracy, and judiciary, and told Brussels that it remained committed to the EU membership process. A statement from the Ministry of Foreign Affairs points out that the part of the report related to tensions in the Mediterranean calls into question the objectivity of the European Commission, and points out that Ankara did everything in accordance with democratic norms and international law.

Turkey is the EU’s sixth-largest trading partner, accounting for 3.6 percent of total EU goods trade with the rest of the world in 2020. Turkey’s greatest import and export partner, as well as its primary source of investment, is the European Union. In 2020, the EU accounted for 33.4 percent of Turkey’s imports and 41.3 percent of the country’s exports. The total value of products traded between the EU and Turkey in 2020 was €132.4 billion. Machinery and transport equipment (€24.1 billion, 38.5 percent), apparel (€8.3 billion, 13.3 percent), and agricultural and raw materials (€5.3 billion, 8.5 percent) accounted for the majority of the EU’s imports from Turkey. Exports from the EU to Turkey totaled €69.9 billion. Machinery and transport equipment (€30.6 billion, or 43.8 percent), chemicals (€12.9 billion, or 18.5 percent), and fuel and mining products (€6.4 billion, or 9.2 percent) were the most popular.

In 2019, two-way services trade between the EU and Turkey was €26.5 billion, with EU imports of services being €13.9 billion and exports totaling €12.6 billion. Nonetheless of all these facts, Turkey still remains one of the most important EU’s partners both in economy and political sphere.  It is why the EU must act in a more comprehensive manner with this pivotal-state for the Mediterranean and Middle East country.