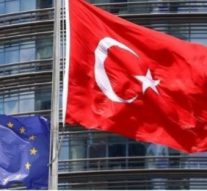 No Comments on EU and Turkey economy nexus: a promising issue 17

The EU and Turkey have entered the Customs Union on 31 December 1995. The two sides are building their political relations based on the assumption of having the “great power” status within the International system. Economic sector has been lagged a bit, but nowadays it recovers as a solid basis for diplomatic relations. This brief report presents the EU Commission stance on the Agreement with Turkey regarding the Customs Union, as well as some notable discussions regarding the EU-Turkey cooperation in economy affairs.

The Customs Union covers all industrial goods but does not address agriculture (except processed agricultural products), services or public procurement. Bilateral trade concessions apply to agricultural as well as coal and steel products. The two sides decided that as of the 1995, the trade implies the following: free movement (elimination of customs duties and quantitative restrictions) between the two parts of the customs union for goods either wholly produced or put in free circulation after their importation from third countries in either Turkey or the EC.

The proof of this customs status of ‘goods in free circulation’ is established by movement certificate. Special conditions are laid down for processed agricultural products, and alignment of Turkey on Community common customs tariff, including preferential arrangements, and harmonisation of commercial policy measures. The agreement also stipulated the approximation of customs law, in particular through Decisions of the Customs Co-operation Committee (e.g. Decision No 1/2001) and mutual assistance in customs matters as well as approximation of other laws (intellectual property, competition, taxation). Lastly, the Agreement stipulated for both sides preferential agreement on agriculture (rules of origin applies to all sides).

The EU Commission on its website announced that Preferential arrangement on coal and steel (rules of origin) Protocol No 1 of the 1996 Agreement is in line with the pan-European Protocol, including pan-European cumulation, subject to the following exceptions. Its Annex II with the ‘list rules’ is limited to coal and steel products. The list of ‘minimal’ operations has not still been brought into line with the list used in the pan-European system of cumulation and there is no accounting segregation. Furthermore, the EU Commission claims that in the context of pan-European cumulation, it may be necessary to determine the originating status of goods, which are in free circulation in the Customs Union but will be exported or used in the production of products to be exported to other countries belonging to the pan-European system of cumulation.

The Turkish Ministry of Trade announced on its website that “as a consequence of this high level of integration, traditionally comprehensive economic relations between Turkey and EU, especially in trade and investments, have been strengthened significantly”. In this respect, the volume of trade with the EU increased from 33.0 billion USD in 1996 to 143 billion USD in 2020. By 2020, Turkey’s exports to the EU reached 69 billion USD and its imports from the EU reached 73 billion USD. In this context, the EU accounts for 41.3% of total exports and 33.4% of total imports of Turkey. On the other hand, Turkey is an important trade partner of the EU according to the foreign trade statistics of the EU, indicating that in 2020 Turkey ranks sixth at imports and exports of the EU with shares of 3.7% and 3.6% respectively.

However, due to the low level of alignment of Turkey with the EU sanctions policy, during the last December, the Al Jazeera reported that at the end of March this year, the EU leaders proposed asset freezes and travel bans over Turkey’s “unauthorised drilling activities” for natural gas in disputed waters in the eastern Mediterranean.