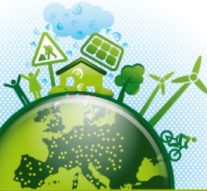 No Comments on European energy roadmap for 2050 540

Concerning energy efficiency, Europe could achieve an economy- wide reduction of GHG emissions of at least 80% by 2050 compared to 1990 levels. Realizing this radical transformation requires fundamental changes to the energy system. This level of reduction is only possible with a nearly zero-carbon power supply. Such a power supply could be realized by further developing and deploying technologies that today are already commercially available or in late stage development, and by expanding the trans-European transmission grid. Assuming industry consensus learning rates for those technologies; increased emission reduction efforts in the rest of the world; market demand for low-carbon investments; IEA projections for fossil fuel prices; a significant expansion of grid interconnection between and across regions in Europe; and an average carbon price of at least € 20-30 per tCO2e over 40 years, the cost of electricity and overall economic growth in the decarbonized pathways would be comparable to the baseline over the period 2010-2050. In the shorter term, the cost of electricity in the decarbonized pathways is higher than the baseline, more so in the pathways with higher shares of renewable supply. Over the medium and longer term these differences disappear. Because the average costs of the decarbonized pathways over 40 years differ from the baseline cost by less than 15%, other factors, like risk tolerance, technology development, legacy infrastructure, resource availability and security of supply become more important in planning for and implementing a decarbonized power system.

The second route for the 80% reduction threshold is the improvement of renewable energy, meaning a transition both in the way energy is used and in the way it is produced. It requires a transformation across all energy related emitting sectors, moving capital into new sectors such as low-carbon energy generation, smart grids, electric vehicles and heatpumps. These investments will result in lower operating costs compared to the baseline. Dramatic changes are required to implement this new energy system, including shifts in regulation (e.g., to provide effective investments incentives for capital-intensive generation and transmission capacity), funding mechanisms and public support. Despite the complexities, the transformation of the European power sector would yield economic and sustainability benefits, while dramatically securing and stabilizing Europe’s energy supply. Realistically, the 2050 goals will be hard to realize if the transition is not started in earnest within the next five years. Continued investments in non-abated carbon-emitting plants will affect 2050 emission levels. Continued uncertainty about the business case for sustained investment in low-carbon assets will impede the mobilization of private-sector capital. Delay would also increase the challenges in transforming policies, regulation, planning and permitting. At the same time, the project to transform Europe’s power sector will need to take into account feasible ramp-up rates across all sectors, particularly in the current financially constrained context. In the decarbonized pathways, the capital spent in the power sector goes up from about € 30 billion in 2010 to about € 65 billion a year in 2025. When delayed by ten years, the required annual capital spent goes up to over € 90 billion per year in 2035. This would require steep scale up of supply chains, potentially leading to short term shortages of building capacity, materials and resources. Furthermore, the cumulative emitted CO2 between 2010 and 2050 would increase substantially. The project requires closer transnational cooperation in transmission infrastructure, resource planning, energy market regulation, and systems operation. Taking all this into account, it is not difficult to see that technological, regulatory and collaborative activities have to start now in order to ensure a realistic pathway towards achieving the 80% GHG reduction by 2050.

Assuming no fundamental changes in lifestyle, this transition requires that all currently identified emission abatement measures in all sectors will be implemented to their maximum potential. These include energy efficiency measures; decarbonization of the power sector; a fuel shift from oil and gas to power and biomass; afforestation; and many others. Specifically, this means that:

Prerequisites assumed in Roadmap 2050 for a reliable and affordable decarbonized power sector include: to have a geographical distribution of supply technologies and resources that have sufficient potential in the aggregate to meet projected demand; to use a mix of technologies rather than a few; to allow sufficient time for the implementation of the pathways to avoid stranded costs due to early retirements (yet to retire plants at the end of their assumed economic lives); and finally to deploy these resources across a transmission and distribution grid capable of fully meeting demand for electricity in all places at every hour of the year to the current reliability standard of 99.97%.

Decarbonized electricity consumption in 2050 is estimated to be about 4,900 TWh per year (including Norway and Switzerland), which is approximately 40% higher than today. In the baseline (consistent up to 2030 with IEA WEO 2009), the overall power demand would also grow by about 40% by 2050. Roadmap 2050 assumes that this “business as usual” growth in demand is avoided almost completely by applying the aggressive energy efficiency measures described above. However, because of growth in new sources of power demand (for electric vehicles and heat pumps in buildings and industry), the overall quantity of demand for electricity in 2050 is roughly the same as it would have been without decarbonization (though overall energy consumption is lower because of the higher efficiency of electric vehicles and heat pumps compared to what they are replacing).

Power generation technologies (and the associated primary energy resources) capable of producing the required 4,900 TWh per year of decarbonized power exist today, either commercially available or in late stage development. Several mixes of power technologies have proven to be feasible, providing reliable power at all times at an economic price on average over the 2010-2050 period. The technologies include hydro; coal and gas plants with CCS, wind turbines (onshore and offshore), solar PV and CSP, biomass plants, geothermal plants, but also nuclear plants. The supply mixes tested cover a share of renewable energy between 40% and 100%, a share of nuclear energy between 0% and 30%, and a share of fossil fuel plus CCS plants between 0% and 30%. For both CCS and nuclear a sensitivity up to 60% was assessed on cost and reliability. A supply of solar power from outside Europe (based on commercial CSP technology) as well as breakthrough in technology with enhanced geothermal was assumed for the 100% renewable energy pathway.

The issue for energy storage is the last pillar for the European emissions reduction by 2050.

Europeans possess the skills, the technology, the capital and the industrial wherewithal to deliver this transformation, but the policies and regulations required to mobilize those vast resources to the extent required do not yet exist. If European leaders are serious about achieving an 80% reduction in GHG emissions by 2050, then a heavy burden falls upon policymakers, in Brussels and on member states, to re-shape the energy landscape through enhanced markets and effective regulation.