No Comments on European regional economic agenda on test 173

The economic topics within the European Union have never been such conspicuous as nowadays. The overcoming of the economic differences between the Member States of the Union, as well as within their regions, has been considered as priority since the EU foundation. For this reason, since the monetary union (as known today) was established, the armonization of regional economic differences, not only in the Member States, but in the pan-european space, has always been on the European agenda. Nevertheless, differences between the “North” and the “South” are highly increasing. 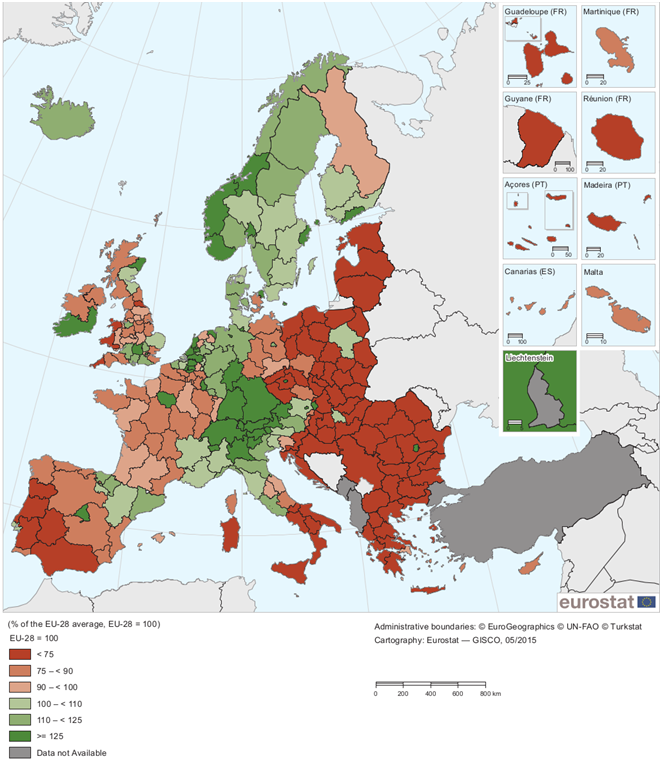 Considering the Union as a whole, northern states such as the Nordic countries, Benelux, Baltics, Germany and Austria are more developed compared to Italy, Spain, Portugal or Greece. Even within the internal geographical structure of the Member States, there can be noted a huge difference between the North and the South. There are several Member States of the Union which are organized on the basis of a “regional” principle.

Regional principle means not only that a state consists of many regions, but that those regions can manage their own governance at local level. A typical example could be Italy, where the northern regions like Veneto, Lombardy, Piedmont and Tuscany are more wealthy (expressed in several macro and microeconomic parameters), than the regions of the South like Apulia, Campania or Calabria.

The regions of Italy are the first-level administrative divisions of the country, constituting its second NUTS administrative level. There are 20 regions, of which five have constitutionally a broader amount of autonomy granted by special statutes. Many predictions have been made concerning the national security and potential territorial dispute between the “rich Italian North” and “poor Italian South”.

On the other side, several institutional structures have been established within the European Union institutional framework, in the field of regional development. The “umbrella” could possibly be the Committee of the Regions (CoR), a European body that deals only with the regions of the EU Member States, facilitating their cooperation and deeping their connections in order to champion the economic equality within the Union.

According to the 6th Monitoring Report on Europe 2020 published by the CoR, not all regions are developing with the same intense. This picture reflects a multifaceted geographical divide:

Thus, it is really important for the EU to provide an equal chance for development to all its regions; but the EU is also strongly committed to assist its neighboring regions such as the Western Balkans. This is important due to several reasons. First of all, the EU clearly wants to provide an economic stability near its boundaries, thus it strives to keep a status quo all across its external borders. Second, those mentioned regions are accepting the huge amounts of financial help in order to make their economies more competitive compared with the EU countries. Lastly, the EU is promoting a soft power concept through providing the assistance to the mentioned areas.

Will multispeed economic ride ever be finished?

As mentioned at the very beginning of this article, the economic functioning of the EU is based on several levels of development (through membership of different international fora) which is often named as “riding in several economic speeds”. States differ from each other in economic field, but also there are many economic gaps within the states themselves. There are no clear answers to the question whether will multispeed economic ride ever be finished.

However, what makes the biggest non-sense is that the EU itself is making an extremely high progress measured by all relevant macroeconomic indicators, while at the same time, its regions are differentiating more and more.