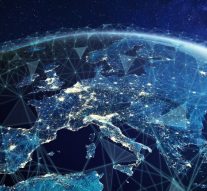 No Comments on Europe’s Next Digital Agenda 52

The new guidelines will alter the legal landscape and make the digital world a safer place for internet corporations to operate. It would promote more digital market competition and transparency in the functioning of online platforms, ensuring that all users of digital services have their basic rights protected. Furthermore, the European Commission’s recommendations have the potential to have a substantial impact on businesses. The work programmes describe the overall objectives, scope, outcomes, and deliverables, as well as funding allocations, for each issue. Once the work programmes have been agreed by the European Commission, the relevant documents and changes are published by its agencies and bodies.

The European Commission approved the first three work programmes on November 10, 2021, after extensive talks with Member States and stakeholders. The first calls were made public on November 17. The EuroHPC Joint Undertaking is preparing the fourth work programme for high-performance computing, which will be adopted on an autonomous schedule. Businesses and government agencies will be able to deploy artificial intelligence thanks to the DIGITAL Europe program. Because data is essential for AI research, DIGITAL wants to create a truly European data space that allows for secure access to and storage of massive datasets, as well as reliable and energy-efficient cloud infrastructure. DIGITAL will strengthen and support existing artificial intelligence testing and experimentation institutions in Member States in fields including as health and manufacturing, as well as stimulate cooperation between them.

Another important document is the Digital Markets Act (DMA) that specifies a set of objective criteria for determining whether a big Internet platform qualifies as a „access controller“. As a result, DMA stays laser-focused on the problem of large-scale Internet platforms.

These requirements will be met:

Following the publication of the two draft Regulations, the European Parliament and the Member States will discuss them in the ordinary legislative procedure and, once finally adopted, the rules will apply in the territory of the European Union. But given all the changes it will bring, mass lobbying for these laws was inevitable. So far, Google has attended the largest number of meetings held on the occasion of these proposals, followed by Microsoft, Facebook, Apple and Amazon. Once the Commission’s proposals have been presented, the European Parliament and the Council will begin debating them and give their opinion. It seems that we will have the opportunity to see how the process of corporate lobbying for the content of these acts will take place and which of them will be considered and finally adopted by the Parliament and the Council. Although the proposals of these regulations apply only to the countries of the European Union, it can be expected that their impact will be reflected on other countries that are not members of the European Union, such as Montenegro. This impact can be reflected through the adoption of new local legislation, the creation of new practices, changes in various industries, as well as society as a whole.