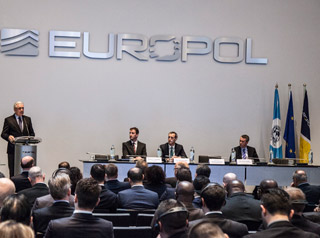 No Comments on Europol launches the European Migrant Smuggling Centre 126

Recently, Europol stated that 10.000 of unaccompanied migrant children had vanished after registering with state authorities and many of them are feared to have fallen into the hands of organised trafficking.

Previously, Europol also stated that while before the phenomenon of smuggling and trafficking were quite distant, intelligence gathered in the last months shows that is a growing crossover between those smuggling refugees and gangs ensnaring people for exploitation in the sex trade/forced labour.

In order to study and fight this phenomenon, Europol launched the European Migrant Smuggling Centre (EMSC). The goal of the Centre is to proactively support EU Member States in dismantling criminal networks involved in organised migrant smuggling. The Centre will focus on geographical criminal hotspots, and will build a better capability across the European Union to fight people smuggling networks.

The United Nations defines migrant smuggling as the “procurement for financial or other material benefit of illegal entry of a person into a State of which that person is not a national or resident.” This means to move people illegally across borders, usually after their request or consent. In 2014, UN reported that smuggling migrants was a $7 billion industry, with estimates that millions of individuals employed smugglers each year.

It is very important to understand the difference between smuggling and human trafficking. The latter is characterized by the element of exploitation of another human being in many different forms, including sexual exploitation, forced slavery, slavery, servitude, or the removal of organs. The UN definition of human trafficking includes the recruiting, transporting, or harbouring of people by means of threat, coercion, or fraud for the purpose of exploitation.

The most important distinction between the two phenomena is consent. Generally, the relationship between the migrant and the smuggler stops once the migrant reached the destination. However, it is not easy to distinguish when there is consent or not in the case of human trafficking. Victims of human trafficking do not always consent to the end result of the transaction, but at times they do, for example they agree to a new job, a new location, or to being smuggled. However, the initial consent becomes legally irrelevant once the trafficker has used threat, coercion, or fraud to exploit the victim. Another important element to consider is the movement across borders, typical in smuggling but not necessary in cases of trafficking. The UNODC estimates that approximately one quarter of human trafficking victims are exploited in their country of origin.