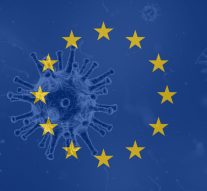 I am writing these lines from Italy, just as a new government of “national unity” is being sworn in, led by the most prestigious Italian in Europe, former ECB President Mario Draghi.

The Draghi government, supported by almost every party in the Italian parliament, is Italy’s bombastic political response to the pandemic and the crisis it triggered – economic, social, and institutional.

Beyond changing our daily lives and forcing us to rethink the policies underlying each country’s health systems, the pandemic has impacted political destinies in a more profound and systemic way.

At the end of March 2020, Victor Orbán granted himself full powers in Hungary, governing by decree without a set time limit. While, on the one hand, widespread fears that Hungary could rapidly devolve towards a full-fledged dictatorship have luckily been proven wrong, in Covid-19 Hungary the ruling elite still further strengthened its grip on power.

All countries and their ruling classes have suffered the repercussions of the pandemic: many leaderships will emerge weakened, new ones will arise tempered by this unprecedented challenge.

Europe as a whole has proven to be up to the task, and its Recovery Plan played a fundamental role as an institutional response. Facing the hardest moment in 80 years, with popular confidence in the Union on the brink of collapse, the passing of the most ambitious financing plan ever preserved trust in a collective political endeavour.

While the wind of autocracy was blowing strong elsewhere, the European Union has shown that, despite all difficulties it is possible to reconcile pandemic response, economic recovery and the rule of law.