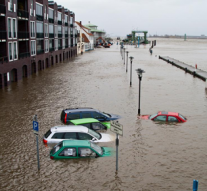 No Comments on Fit for 55 package: the EU set new proposals to fight climate change 81

The EU Commission published on 14th of July its Fit for 55 package, aimed at aligning the European legislation with the new ambition to reduce greenhouse gas emissions by 55% by 2030, compared to 1990 levels.  Considering that the EU had cut its emissions by 24%, from 1990 levels, it envisages a significative acceleration of this process in Europe.
The package contains numerous legislative proposals, such as the reform of the Eu emissions trading system, the Carbon Border Adjustment Mechanism (Cbam) or the renewable energy directive.  Furthermore, a new Social Climate Fund is proposed to provide dedicated funding to Member States to help citizens finance investments in energy efficiency, new heating and cooling systems, and cleaner mobility.

The Social Climate Fund would be financed by the EU budget, using an amount equivalent to 25% of the expected revenues of emissions trading for building and road transport fuels. It will provide €72.2 billion of funding to Member States, for the period 2025-2032, based on a targeted amendment to the multiannual financial framework. With a proposal to draw on matching Member State funding, the Fund would mobilise €144.4 billion for a socially fair transition.

Some of the key proposals of the new EU package include: tighter emission limits for cars, which are expected to effectively end new petrol and diesel vehicle sales by 2035; a tax on aviation fuel and a 10-year tax holiday for low-carbon alternatives; a so-called carbon border tariff, which would require manufacturers from outside the EU to pay more for importing materials; more ambitious targets for expanding renewable energy around the Union; a requirement for countries to more quickly renovate buildings that are not deemed energy efficient.

“The fossil fuel economy has reached its limits. We want to leave the next generation a healthy planet as well as good jobs and growth that does not hurt our nature“, said president of the European Commission, Ursula von der Leyen.  “The European Green Deal is our growth strategy that is moving towards a decarbonised economy. Europe was the first continent to declare to be climate neutral in 2050, and now we are the very first ones to put a concrete roadmap on the table. Europe walks the talk on climate policies through innovation, investment and social compensation”, she added. Eu Commissioner for Energy, Kadri Simson, said: “Reaching the Green Deal goals will not be possible without reshaping our energy system. To achieve climate-neutrality by 2050, we need to turn the renewables evolution into a revolution and make sure no energy is wasted along the way. Today’s proposals set more ambitious targets, remove barriers and add incentives so that we move even faster towards a net-zero energy system”, she explained.

Just some days after the presentation of Fit for 55 package in Brussels, central Europe has been hit by devastating floods, causing almost 200 victims. The intensity and scale of the floods in Germany past week have shocked climate scientists, raising fears that human-caused climate disruption is making extreme weather even worse than predicted. “Germany is a strong country, and we will stand up to this force of nature in the short term, but also in the medium and long term, through policy that pays more regard to nature and the climate than we did in recent years”, said German Chancellor Angela Merkel, while visiting the affected areas. Climate scientists say the link between extreme weather and global warming is unmistakable and the urgency to tackle climate change undeniable. Scientists can’t yet say for sure whether climate change caused the latest flooding, but they insist that it certainly exacerbates the extreme weather disasters around the world. “We must get faster in the battle against climate change,” Merkel added, pointing to policies already set in motion by Germany and the Eu to cut greenhouse gas emissions. “And nevertheless, the second lesson is that we must pay great attention to adaptation” to climate change. Investing in fighting climate change is expensive, she said, but failing to do so is even more costly. “One flood isn’t the example of climate change, but if we look at the loss events of recent years, decades, then they are simply more frequent than they were previously: so, we must make a great effort,” Merkel concluded.