Home / Employment and Social Affairs / Why France and Germany are at odds ? 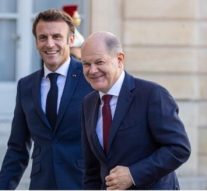 No Comments on Why France and Germany are at odds ? 25

The cancellation of a joint French-German cabinet meeting in the past weeks raised concerns about the current status of the “special” relation between the two Countries, considered to be “the engine” of the European Union. A working lunch between the German chancellor and French president, Olaf Scholz and Emmanuel Macron, was organized as alternative of this cancelled ministerial meeting, that could now be postponed to January 2023.

Both sides said they made progress towards easing differences emerged in the past weeks on energy and defence, after that a big-spending “new era” of German defence policy has not translated into major contracts within Europe, especially for French firms as Macron hoped and Germany acted not in full coordination to manage the impact of energy crisis caused by the Ukraine conflict.

This divergence persists, as the main point of tension concerns precisely the structure of a united Europe. As the German Chancellor projects all of Germany to the East, even enlargement of the EU is an open issue between Berlin and Paris: the first proposes an enlargement of the European Union to 30 and even to 36 countries, while the second is working intensely on a blockade of new members and the formation of a nucleus tough among the current members thanks to the desired end of the unanimity rule.

Scholz has a “mercantilistic” approach more oriented to economy; while Macron is devoted to European sovereignty. It goes without saying that the increasingly marked differences between Paris and Berlin on the political strategy of Europe are reflected in all strategic dossiers. On energy crisis the exhausting negotiation on the price cap, followed by Paris’s veto on the Cat Med pipeline between France and Spain which Germany would have taken advantage of.

But the main point is the disagreement on the defense strategy of the EU. It is not just the different points of view on the latest generation Futur Combat Air System, FCAS fighters, to which Berlin prefers the F35s of the United States, or the strong tensions on the project of the new European Ground Combat System (MGCS) tank. As highlighted by the Italian news site “Linkiesta”, the gap between France and Germany is precisely on the military and strategic doctrine of Europe and is growing around Scholz’s project to build an anti-missile shield that covers Germany and the Eastern countries.

It would be implemented by purchasing missiles from the United States or from Israel. Macron, on the other hand, clearly rejects this solution which would put Europe in a position of total industrial, political and military dependence on the Us. Furthermore another issue could emerge due to Scholz visit to China at the beginning of November. Macron and Scholz have so far struggled to be on the same page on China.

Reuters quoted unnamed French and German government sources as saying that Macron had suggested to Scholz they go together to Beijing to send a signal of EU unity and counter what they see as Chinese attempts to play one off against another. But the German chancellor declined Macron’s proposal, the sources said.