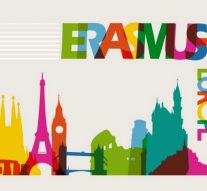 No Comments on The Future EU: Less Cohesion and More Erasmus+ 80

It is an “opportunity to shape our future as a new, ambitious Union of 27”, Juncker said. The awaited proposal of the Commission for the next EU budgetary period (2021–2027) defines the core purposes for the future EU, and reactions of the Member States to it are various.

The main news, and the first debate to undergo in the Council, is the modest increase of EU funds – from 1% of its gross national income to 1.14%. That represents a compromise between the European Parliament’s demand to increase the EU expenditure to 1.3% of EU’s GNI to deal with new challenges such as migration or the digital revolution, and the Netherlands, Sweden, Denmark and Austria’s opposition to any increase. Although the fund increase is moderate, the most worried countries were quick to declare it a “non–start”.

Yet the debate is going to happen, and it will be focused on how to increase the budget with one contributor less and, above all, the size of each budgetary line. How to square the circle? The question already upsetted those who believe that the future of the EU must rely more on social policies and cohesion – the Cohesion Policy, that fund infrastructure projects, is in fact planned to decrease by 7%. It’s not the only loser of the proposal: the Common Agriculture Policy is planned to be decreased by 5%, and this measure is upsetting France. “There is no massacre, neither for the cohesion nor for the CAP”, Juncker told reporters after the plenary debate.

So, according to the Commission proposals, what will the future EU be like?

The big winner is Erasmus + (€30 billion), which would double its funds. That will include €700 million to pay for Interrail passes for young Europeans. Innovation and Research expenditure will increase by 50%, with €100 billion for flagship programmes of the Horizon and Euratom. Europe’s environmental initiatives and the fight against climate change will be also substantially reinforced.

Security will be also bolstered (with a 40% increase to €4.8 billion) and a new Defence Fund of €13 billion will be set up.

Against the backdrop of the growing importance of the migration issue among European voters over the past years, and responding to the EP pressure in this sense, the Commission also wants to increase resources for Frontex, the EU’s border service. As a result, its personnel would grow from the current 1.200 staff to 10.000 border guards and officials at the end of the period.

The new sources to finance the EU budget include 20% of the revenues of the Emission Trading System; a 3% call rate applied to the new Common Consolidated Corporate Tax Base (once the CCCTB proposal has been adopted); and a national contribution based on the amount of non–recycled plastic packaging waste in each Member State (€0.80 per kilo). These would represent 12% of the total EU budget (around €22bn).

The Cohesion Policy enveloped to finance large projects in the European regions suffered the biggest cut of 7% to €442.4 billion.

Udo Bullman, President of the S&D Group in the EP, stated that “Europe needs to embark on a new path of economic and social development, one of sustainable equality and well–being for all. The Commission’s proposal for the next Multiannual Financial Framework (MFF) seems not quite fit for the job.” SOLIDAR, the European network of Civil Society Organisations (CSOs), declared “peace, prosperity and progress not important in new EU budget proposal”. Robin Huguenot–Noël, Policy Analyst of EPC, noted: “The suggested reduction in Cohesion Policy funding hardly fits with Juncker’s call for a ‘modern budget for a Union that Protects, Empowers and Defends’. Cohesion Policy funds have served as the EU’s main ‘future investment’ policy in the current programming period by supporting infrastructure project, boosting skills development, and helping tackle youth unemployment in most vulnerable regions.”

Main innovations regard the above–mentioned new resources: the reduction of the budgetary lines from 58 to 37 – in an effort to have more flexibility in managing the expenditure –, the introduction of two new instruments to enhance the resilience of the economic and monetary union, as part of the debate to deepen the currency union with new fiscal instruments championed by French President Emmanuel Macron.

A total of €25 billion will be allocated to support reforms in Member States. Part of the money will be specifically dedicated to non–eurozone countries to sustain their progress toward joining the common currency.

Besides, a new European Investment Stabilisation Function will maintain investment in countries hit by a sudden economic shock. The new instrument will offer back–to–back loans under the EU budget up to €30 billion, plus financial assistance to the Member State affected to cover the costs of the interests of the loan.

But the Commission will also attach more conditions in order to access EU money. The Commission could suspend transfers if Member States’ judges and authorities cannot guarantee “sound financial management” of the resources, and it considers the rule of law “an essential precondition” to ensure proper management of the EU funds. This proposal responds to the ongoing disputes with Poland and Hungary over the rule of law.

The Commission wants to have an agreement finalised by the European elections in May 2019. But officials both in the Parliament and in the Council admit that it is “quite optimistic” to expect that outcome – the last MFF took 29 months to be sealed.