Home / Economy / How do Member State comply with EU law of Single Market? 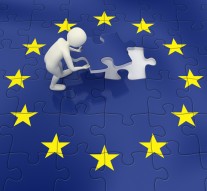 No Comments on How do Member State comply with EU law of Single Market? 187

The European Commission stated its renewed commitment to guarantee the effective application of the whole European legislation and, in particular, the single market.

The Annual Report is meant to show the way the European Union law was monitored and enforced by the Commission in 2015, while the Single Market Scoreboard reveals that, in most areas, obstacle to the free movement of people, services, goods and capital across the EU have being removed.

The constructive compliance dialogue between the Commission and Member States is more and more leading to a resolution of compliance issues without resorting to formal procedures.

Meanwhile, conditions are stalling or even worsening in some fields, as new barriers have being erected, and the Single Market is need of adapting to new realities, such as innovative ideas and new business models.

Annual Report on monitoring the application of EU law 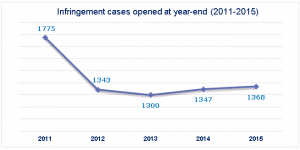 In the 33rd Annual Report on Monitoring the Application of EU Law, Member States’ performance in key areas of the application of EU law – especially the Single Market – as well as the main trends in enforcement policy in 2015, are reviewed.

As for the total number of infringement procedures – launched by the Commission whenever a Member State fails to resolve an alleged breach of EU law – is consistently lower than five years ago, although environment and transport remain the policy areas in which most infringement cases were opened.

Since delays in transposing Union law undermine overall legal certainty and unfairly tilt the level playing field in the Single Market, another Commission’s commitment is to make sure that Member States transpose European directives into their national legal order within the envisaged deadlines. In 2015, new infringement procedures related to late transposition were slightly less than those started the year before.

However, timely transposition does not necessarily mean correct transposition. For this reason, a picture of the state of the implementation of the EU Single Market rules is provided by the Single Market Scoreboard, which evaluates how the Member States apply European rules and identifies the shortcomings where the EU countries should step up their efforts.

Afterwards, according to their 2015 performance, as listed in a series of governance tools and policy areas, Member States were given green, yellow and red cards. Green corresponds to a good level, yellow to an average one and red to a below average rank. 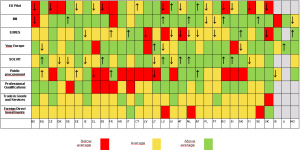 Besides evaluating Member States’ compliance with Single Market law, the Scoreboard takes other elements into account, such as the various EU tools for general information and job search provided by member states to help citizens and businesses, including Your Europe portal, Your Europe Advice, Solvit, EURES and others.

As a result of all these evaluated areas, including Member States’ openness to trade and investment, as well as their wider efforts in opening up sectors (public procurement, professional qualifications or postal services), the Commission declared Croatia, Cyprus, Estonia, Ireland and Slovakia  the countries that performed best.