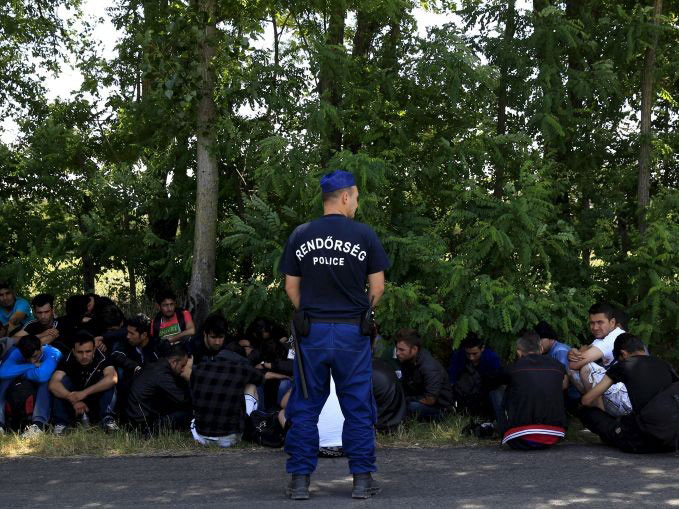 No Comments on Hungary’s plan to fence off borders 62

Last week, Hungarian authorities unveiled a plan to build the 13-foot-high fence along its 109-mile southern border with Serbia, in order to stop the flow of migrants into the country.
The decision to build a wall is Hungary’s latest anti-immigration policy and comes as the EU failed to agree on migrant quota plan. Indeed, the Hungarian Government declared that EU’s effort to come up with an agreement on quotas is “insane” and time-consuming, and Hungary needs a solution to address the surging migrants’ inflows.

Hungary is in the EU’s visa-free Schengen zone and thus it is one of the main points of entry for migrants arriving in Europe through the Balkans from the Middle East and Africa. According to Eurostat, last year, the country received 41.215 applications for asylum, including 20.910 from citizens of Kosovo, 8.560 from Afghanistan and 6.630 from Syria. Furthermore, Hungarian official sources said that around 95% of the tens of thousands of migrants entered the country through Serbia, which is not an EU’s Member State.

Evoking the spectre of the Iron Curtain, the government’s fence plans immediately drew international condemnations from the UN Refugee Agency, which declared that the wall will “be a further obstacle for people who have fled from war zones like Syria, Afghanistan and Iraq and who desperately need safety and protection”.

Most importantly, the announcement of the Hungarian Government has touched the entire European Union, where solutions on how to handle the soaring numbers of migrants are still debated, and far-right parties in Britain, France, Greece gained popularity by railing against immigrants.
Facing criticism, Hungarian’s Minister of Foreign Affairs Péter Szijjártó declared that “this decision does not break any international treaty, other countries have opted for the same solution“, mentioning that similar barriers have been erected on the Greek-Turkish and Bulgarian-Turkish frontiers.

The Hungarian Government seems to have forgotten that the European Union was supposed to be about breaking down borders and barriers, ensuring the application of the Schengen Agreement and, thus, the free movement of persons within the EU.
European recent history has shown us that building walls is not the solution of a crisis.

Today we are not just dealing with a question of European Union’s policy borders, but with the affirmation and the safeguard of EU’s core values. For this reason, Member States are called to reinforce the capacity to provide effective protection to those in need, ensuring access to asylum. Only in this way, the European Union could preserve the fundamental rights on which it was founded.