Home / External Relations / The Indo-Pacific Strategy, or the importance of being the EU 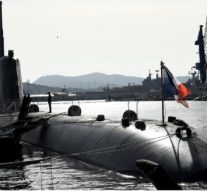 No Comments on The Indo-Pacific Strategy, or the importance of being the EU 69

On September 16th the European Union designed a new strategy for strengthening its presence in the Indo-Pacific as well as balancing China’s growing presence in the area, following the comments made by the European Commission President Ursula von der Leyen over whether the EU bloc should seek greater strategic autonomy globally, during her SOTEU speech.

The EU Indo-Pacific Strategy paper is a crucial document that aims at defining Brussels’ diplomatic and strategic approach to expand its influence over that part of the world.

While the EU outlined this strategy, the US, Australia, and Britain found an agreement inaugurating a security partnership in the area thus bypassing a previous entente between France and Australia over a nuclear-powered submarine agreement.

French Foreign Minister Le Drian described the US move as a “stab in the back” that will necessarily exert its dramatic impact on the French business and military strategy towards China.

The EU was taken out of the loop about the security partnership and now the bloc will have to discuss a common approach with member States to assess the possible effects of the US onward rush. The High Representative of the European Union Josep Borrell said that he regretted the US move.

The EU Indo-Pacific strategy is based on seven pillars or “priority areas” aiming at sealing the Chinese room for manoeuvre with strategic tools like trade or defense and bringing the concerned countries (mainly Australia, Indonesia, New Zealand, and India) closer. A crucial aspect of the strategy concerns the provision of an enhanced naval deployment by the EU members State to increase maritime security in the Indo-Pacific together with the “local” partners.

On many occasions High Representative Borrell declared that the strategy itself does not have an “offensive” spirit against someone, rather than being an instrument of cooperation in the area. These words are intended to reassure China even if it became soon clear that the recent tensions between Beijing and Brussels in the last months have been one of the triggers at the origin of the EU initiative.

Since Brexit and its legal and strategic aftermath, London shifted the main focus from Europe and made it crystal clear its interest in the Indo-Pacific region, as part of a resurgence of the UK foreign policy power, also sending in the South China Sea an aircraft carrier. If on the one hand, UK and France are the only two members with significant interest in the region, the European Union as well the other member States are experiencing particular pressure due to US President’s remarking China as a global security threat. Further, UK and France represent two very important pillars of the NATO and their physical presence in the region directly involves the entire Organization in that geographical area. In particular, this is where the NATO decision toward an emphasized dialogue and cooperation with the EU and Australia, Japan, New Zealand and South Korea came from.

There is a huge debate among analysts over the effectiveness of this strategy paper in significantly altering the EU’s influence in the Indo-Pacific: a relatively new region of interest for the bloc. To be more specific, the document has not resolved the EU’s political position on key questions, especially its stance between the US and China in their raging rivalry – meaning that, probably, this will not make the EU a decisive player in the region.

Notwithstanding the natural discrepancies and rivalries determined by the new US led coalition in the area, the US-UK-Australia mechanism will not pave the way to a growing divergence of interests between the US and the EU and there is still room for joint initiatives aimed at strengthening the strategic balance in the region.