Home / Energy / A joint call to end the climate breakdown 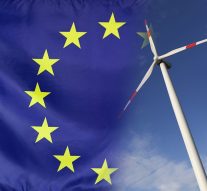 The environmental issue is more and more becoming a social issue, given the implications for the poorest and the least representated people. Recently, Pope Francis has declared a global “climate emergency”, warning of the dangers of global heating and that a failure to act urgently to reduce greenhouse gases would be “a brutal act of injustice toward the poor and future generations”.

He also said a “radical energy transition” would be needed and urged young people and businesses to take a leading role. “Future generations stand to inherit a greatly spoiled world. Our children and grandchildren should not have to pay the cost of our generation’s irresponsibility,” he said, in his strongest and most direct intervention yet on the climate crisis. “Indeed, as it is becoming increasingly clear, young people are calling for a change.”

The Pope’s impassioned plea came as he met the leaders of some of the world’s biggest multinational oil companies in the Vatican last Friday to impress upon them the urgency and scale of the challenge, and their central role in tackling the emissions crisis. It followed a similar meeting last year, but this time the Pope’s stance was tougher as he warned that time was running out and urged them to hear “the increasingly desperate cries of the earth and its poor”.

The climate emergency was bid by BP (British Petroleum)’s annual global energy report that declares that carbon emissions from the global energy industry last year rose at the fastest rate in almost a decade after extreme weather and surprise swings in global temperatures stoked extra demand for fossil fuels.

BP’s annual global energy report, an influential review of the market, revealed for the first time that temperature fluctuations are increasing the world’s use of fossil fuels, in spite of efforts to tackle the climate crisis.

The recorded temperature swings – days which are much hotter or colder than normal – helped drive the world’s biggest jump in gas consumption for more than 30 years.

They also resulted in a second consecutive annual increase for coal use, reversing three years of decline earlier this decade.

Carbon emissions climbed by 2% in 2018, faster than any year since 2011, because the demand for energy easily outstripped the rapid rollout of renewable energy.

The report reveals “a growing mismatch” between society’s rising demand for climate action and the actual pace of progress.

Public concern over the global climate breakdown has grown significantly in recent months, driven by factors ranging from the protests led by the teenage activist Greta Thunberg to the Extinction Rebellion action, which brought parts of central London to a standstill.

Two-thirds of the world’s energy demand increase was due to higher demand in China, India and the US which was in part due to industrial demand, as well as the “weather effect”.

This was spurred by an “outsized” energy appetite in the US which recorded the highest number of days with hotter or colder than average days since the 1950s.

The unusually high number of “heating days” has continued in the first months of this year.

The combined number of particularly hot and cold days was unusually high in the US, China and Russia where the use of fossil fuels remains high.

The report acknowledges that emissions might have been higher without the “extraordinary growth” of renewables, which climbed by 14.5% last year, but warns against relying on green power and electric vehicles. The number of electric vehicles rose by just 2m, to a total of 5m.

The growth in renewables would need to have climbed by more than twice the rate achieved over the past three years to offset the impact of burning coal for electricity.

Alternatively, the same outcome for carbon emissions could have been achieved by replacing around 10% of coal in the power sector with natural gas, BP owns vast reserves of gas fields and consistently leads calls for countries to switch from coal to gas.

It has also backed industry calls for governments to fund carbon capture technology which can scrub the emissions from the flues of power plants and factories before they reach the air.

However, BP will not undertake “material” projects without government funding. Indeed, the “radical energy transition” Pope Francis is urging needs a team action, involving institutions and the public opinion before fossil fuel companies.

Each of us, indeed, should contribute to end their “complicity in climate breakdown”.