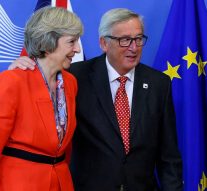 No Comments on Last European Council of 2018: Rising Uncertainty over Brexit 31

Multiannual Financial Framework, single market, migration, external relations, climate change, security and defence, disinformation and the fight against racism. The European Council on 13-14 December 2018 adopted conclusions on all this issue, during a meeting of the head of State and government characterised mainly by Brexit and the negotiation over the Italian budget.

The meeting was long-awaited as the last Summit of the year: its conclusions were important on many issue but some divisions among member states prevented the EU from taking substantial decisions. It was also an European Council shacked by the terrorist attack in Strasbourg, with four people confirmed dead and several injured.

At the start of the meeting, Chancellor Sebastian Kurz, representing the Austrian presidency (with Romania ready to take over in January 2019), provided an overview of progress on the implementation of earlier European Council conclusions. As regards the Multiannual financial framework (MFF), the European Council welcomed the intensive preparatory work carried out during last semester and takes note of the Presidency’s progress report. It calls on the incoming Presidency to continue that work and develop an orientation for the next stage of the negotiations, with a view to achieving an agreement in the European Council in autumn 2019.

On the Single Market the European Council stressed that it is our main asset for ensuring citizens’ welfare, inclusive growth and job creation, and the essential driver for investment and global competitiveness.

In this Summit, EU States unanimously decided to prolong economic sanctions against Russia given “zero progress in implementation of Minsk agreements”, as highlighted by European Council President Donald Tusk.

Brexit was however the most pressing issue, given the difficult position of British Prime minister Theresa May, having to face a strong parliamentary opposition in London. The EU27 leaders held a special meeting of the European Council in Article 50 format to discuss Brexit. They reconfirmed the conclusions of 25 November 2018, in which they endorsed the withdrawal agreement and approved the political declaration.

The European Council underlined that the backstop was intended as an insurance policy to prevent a hard border on the island of Ireland and ensure the integrity of the single market. “If the backstop were nevertheless to be triggered, it would apply temporarily, unless and until it is superseded by a subsequent agreement that ensures that a hard border is avoided” said the EU27 leaders in the Conclusions. Leaders also discussed their preparedness for a no-deal scenario. Also British prime minister confirmed she held “a series of discussions with my fellow leaders on the Brexit deal and I was crystal clear about the assurances which are needed on the backstop having heard the views of MPs in the House of Commons”. “I reiterated that it is in the interests of the EU as well as the UK to get this over the line. A disorderly Brexit would be good for no-one” she added. May said also that “there is work still to do and we will be holding talks in coming days about how to obtain the further assurances that the UK Parliament needs in order to be able to approve the deal. European Commission President Jean-Claude Juncker said that Theresa May failed to bring a clear plan for future relations with the EU after Brexit.

According to Juncker, the British “need to say what they want, instead of asking us what we want”. The last European Council of 2018 thus reached several conclusions on important common issue. However, it left for 2019 the solution on the probably most urgent issue in view of the Brexit deadline at the end of March.