Home / Economy / How many upturns will Europe need more? 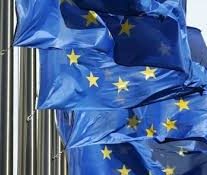 No Comments on How many upturns will Europe need more? 26

A brand new season has come. Last month, the European Commission have presented the European Economic Semester report for 2016 autumn term. According to its main conclusions, the European economy is recovering again. It was highly unlikely for the EU to continue its recovery path when taking into account all the latest occurrences at the global political stage. The world has witnessed many potential shocks among the biggest one was the Trump`s triumph in the US presidential elections. Not many people expected to see him as a new president-elect, but it has occurred. Trump has become the 45th US president.

Due to those outcomes, the major EU stock exchanges in Paris, Frankfurt and London, have not experienced any bigger shakes as it has been announced earlier. At the start of the day’s trading, European markets recorded their biggest falls since the U.K.’s vote to leave the European Union. London’s FTSE 100 index slipped 2%, Paris was down 2.9%, and Germany’s Dax fell 2%. There were similar drops in Madrid and Milan. This echoed the mood in Asia, where markets also had sank, with Japan’s Nikkei 5% lower and Hong Kong’s Hang Seng down by 2%.

However those sharp losses within the major financial centres are not enough to maintain a potential threat and to further politicize the question of the Trump`s influence to the global trust in world`s financial system. Only ten days after the elections have been held, the global economy began its recovery.

But what happened to the European economy? Are the latest European Semester indicators only thing that matter?

This article will not aim at bringing the new perspective or provide detailed insights within the European Semester. It will offer a more general debate over the question of whether the European Union create a renewed system of finance which would be more independent and immune to the global occurrences.

As of 2008 when the world has been hit by the global economic crisis, the EU has experienced dozens economic and financial crises. What is continuously making the situation even harder is the position of the small and economically less developed member states of the European Union.

At the beginning of the crisis in 2008, the EU officials have claimed that the EU will “overcome it easily” and manage to even get some additional injections for its member states` economies. As the crisis went on, the officials were less pragmatic in their announcements and the tone has been put to a minimum.

Right after that crisis has finished, and the EU economy started to recover on a supranational level, some of its member states from the so-called “south club”, such as Portugal, Spain, Italy and Greece tended to indicate so bad economic results, that the most of predictions were disappointing. The Greek crisis potentially could have led to the Grexit from the Eurozone exclusive membership. However, again and again, it did not happen. Greek “vox populi” did not involve the potential referendum over this issue, and Greece remained a Eurozone member.

The same things have been occurring in the rest of mentioned member states and the scenario went through the same patterns. All the member states, both alone, or with the EU Commission`s help, have managed to arise from the economic fiasco which threatened their governments and national economies.

In May this year, the Brexit took place. A successful one occurred indeed. Bretons have voted against their existence within the 28-member club. They will probably do so.

Few weeks ago another upturn has hit Europe. The presidential elections were held in the US. Most of the EU leaders have spent their time in order to convince the EU public into Hillary`s victory as the “best possible for us” solution. But something “went wrong” and Trump won the presidency mandate.

There were hardly any analysts in Europe who could ever predict that Trump will win the mandate. Also, hardly any of them claimed it could potentially bring good for the stability of the EU economy. They have been warning that the EU economical and even political system could “easily fail”, in Trump`s victory case.

Is there an ideally realistic solution for Europe?

After the EU showed the capability to recover its economy efficiently and quickly after almost every single crisis, Europeans should not think about bringing an ideal solution for their economical system. That is why the EU member countries, led by the European Commission should create a more realistic solution for their own good. That is why the more realistic economic system should be created and improved in order to avoid all future external influences to the EU political stability. 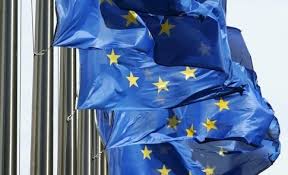