Home / Migration / Are migrants really included at local level within the EU? 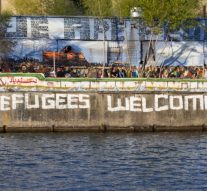 No Comments on Are migrants really included at local level within the EU? 28

The Syrian war which erupted in 2013, brought into the global agenda a new problem: massive migration flows. The main routes were from the Middle East towards the (Western) Europe, which inaugurated the EU as the most prominent political actor in the European continent to deal with the then newly crisis. Even before the migrant crisis culminated (in 2015–2016), the European Commission published Study on Active Inclusion of Migrants in 2011. This analysis will briefly present its key policy recommendations.

The report brings recommendations in 8 distinct areas: selection upon arrival to the destination country, transferability of rights upon arrival, Employment and unemployment, Informational barriers, Children and family, housing, education, and Access to credit.

As for the selection upon arrival, the Report suggests implementation of positive selection of migrants into the EU. This may involve a points system that favours skilled individuals but also improving the attractiveness of the EU as a host region and providing for transparent, facile, and non-discretionary naturalization legislation.

For the access to credit, the Report recommends access of migrants to credit, loans, and other financial services needs to be ensured, as well as microcredit programmes establishment for migrant communities. In education area, the Report’s authors believe that equal access to all types of schools, with a special focus on access to tertiary education needs to be ensured. Access to higher education for students should be enhanced by means of stipend and loan programmes.

Policy recommendation for housing is to provide explicitly or implicitly disadvantaging migrants in accessing housing or social housing should be abolished. This in particular applies to waiting-lists. For the immigrants with children, Report suggests that all migrant children should be eligible for daycare centres, nurseries, kindergartens and all types of schools (i.e. similarly as natives), as well as for child allowance (i.e. similarly as natives). Very important problem that immigrants face with is one-stop-shop information centres in areas with larger proportions of migrants serving to disseminate information about social assistance, social services, labour market information, residence and citizenship legislation, antidiscrimination legislation, and information about housing, health care and other aspects of migrant life. This service should be provided in major migrant languages by trained professionals. In employment affairs, contribution periods should be kept to minimum, and the rights to unemployment benefits should be transferable internationally (within the EU, as well as between EU Member States and third countries based on bilateral agreements). Waiting-list and waiting-period provisions in access to social assistance and services need particular attention. Special provisions should apply to migrants who have not had the chance to accumulate waiting-time in waiting-lists prior to their arrival. Whenever possible positions in waiting-lists should be transferable or no waiting-periods should apply.

The European Committee of the Regions adopted an initiative called “Cities and Regions for Integration of Migrants”. Cities and Regions for Integration initiative provides a political platform for European mayors and regional leaders to showcase positive examples of integration of migrants and refugees, share relevant information and promote diversity as an added value to building inclusive cities and ensuring social cohesion. Its mission is to support the integration of migrants and refugees, to give a stronger voice to small municipalities, mid-size cities and regions and encourage cooperation between smaller localities, cities and regions. Lastly, the initiative’s mission is to contribute to presenting stronger narrative of solidarity and countering disinformation in this field.

This initiative also launched a European web site on integration with migrant integration information and good practices. Also, the web site collects important calls for funding various activities of the immigrants in their new environments. At the local level, the European Commission launched an EU-wide public consultation to gather views on new actions that could be taken at EU level to promote the integration and social inclusion of migrants and people with a migrant background. The results of the consultation will contribute to the development of the renewed Action Plan on integration and inclusion.

The Commission also held a call for applications to set up an expert group composed of persons with a migrant background to participate in the development and implementation of migration, asylum and integration policies. Involving migrants, asylum applicants and refugees is essential to make the policies more effective and better tailored to needs on the ground. With the application process now over, the expert group is expected to be formed later this autumn.