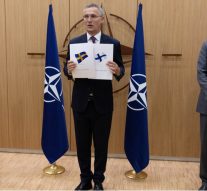 No Comments on NATO and the Nordics’ countries economy 29

The Ukrainian crisis has triggered new geopolitical changes around the globe. One of those, is the NATO expansion to Sweden and especially Finland, the bordering country to the Russian Federation. This article briefly inspects whether the Finnish and Swedish economies are resilient nowadays and especially in context of their near NATO accession.

The Swedish government claims that Sweden’s economy is both varied and fiercely competitive. Sweden placed fourth out of 63 economies in the IMD World Competitiveness Ranking 2022, behind Singapore, Switzerland, and Denmark. This report emphasizes the pandemic’s effects and shows that, notwithstanding infection levels, countries with a specific economic buffer fared better. The World Economic Forum listed Sweden among the top ten most competitive nations in its most recent pre-pandemic ranking, the Global Competitiveness Report 2019, noting that “Sweden, Denmark, and Finland have not only emerged as among the world’s most technologically advanced, innovative, and dynamic economies in the world, but are also delivering better living conditions and better social protection, are more cohesive, and are more sustainable than their counterparts”. According to the European Commission the 2020 saw public administration, defense, education, human health, and social work activities as Sweden’s most significant economic sectors, followed by industry (17.1%), wholesale and retail commerce, transport, lodging, and food services (16.6 percent ). Sweden exports 52% of its goods within the European Union (Germany 11%, Denmark 8%, and Finland 7%), while 11% and 8% respectively travel beyond the EU to Norway and the United States. Germany accounts for 18% of imports, the Netherlands 10%, and Denmark 7% of total imports. Outside the EU, Norway and China account for 9% and 6% of total imports, respectively.

The EU Commission reports that the industry (20.3 percent), public administration, defense, education, human health, and social work activities (20.6 percent), wholesale and retail trade, transport, accommodation, and food services were Finland’s most significant economic sectors in 2020. (14 percent). More than 55 percent of Finland’s exports go to other EU countries (Germany 14 percent, Sweden 10 percent, and the Netherlands 7 percent), while 9 percent go to the US and 5 percent go to China. Germany, Sweden, and the Netherlands account for 17% and 9%, respectively, of imports from the EU, while China and Russia account for 10% of imports from outside the EU. The crisis in Ukraine and the diminishing COVID19 rebound will cause a dramatic slowdown in economic growth, which will drop to 1.1 percent in 2022 and 0.6 percent in 2023. Falling real household incomes will have a negative impact on private spending, but once they start to climb again in late 2023, this effect should gradually reverse. A peak of 7% in headline inflation in late 2022 will be followed by a gradual decline. Exports might pick again next year after dramatically declining this year as exporters find new customers and global trade increases. The primary danger is that a spiraling wage-price system emerges, raising inflation and slowing growth and competitiveness.

There is a good chance that these two nations will shortly join NATO. However, there are some obstacles they must overcome, such as Turkish opposition to these measures or opposition from other NATO members, as in the case of Croatia’s president, Mr. Milanovic, who thinks Bosnia and Herzegovina should take priority over the alliance. It will be also interesting to see whether the aspiring member states are to increase their defense budget to a minimum of 2% of the GDP as the Alliance requires. Lastly, Russian Federation has announced both political and economic measures against Finland in case of its NATO membership becomes a reality.