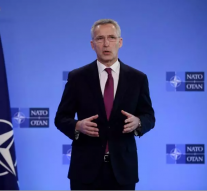 No Comments on Nato’s revival in Europe 18

Nato’s enlargement is moving faster, with the next adhesion of Finland and Sweden bringing Member States to 32, while EU’s expansion is not following the same revival. Furthermore EU’s enlargement is struggling, as it is highlighted by North Macedonia and Albania stalemate on the opening of the negotiation process.Ukraine’s candidate status is now a reality due to the ongoing war, but it is highly probable that the effective integration of the Eastern Europe Country in the EU will follow the same path of the Balkans countries, widely affected by the enlargement “fatigue”.

Nato’s expansion, on the other hand, is becoming a reality during the ongoing conflict. If Ukraine will probably not be in the Atlantic Alliance in the foreseeable future, Nato is growing and is ready to receive two new important Member States. The Nato summit in Madrid at the end of June, cleared the road for the Alliance to expand by encompassing the new northern Europe nations. And the same Nato summit has shown a stronger unity among allied States: if one of Russian President Vladimir Putin’s goals for his invasion of Ukraine was to upend the balance of military power in Europe, it could be said that he achieved this goal not in the way he intended. About 300.000 troops across the continent will be placed at high readiness from next year in case Russia threatens a military attack on any member of the alliance.

Existing Nato defences on the Alliance’s eastern flank will be increased to the size of a brigade: about 3.000 to 5.000 troops in addition to local forces. Furthermore a 2022 Nato Strategic Concept document was published, which identified Russia’s invasion of Ukraine as the driving force behind the changes. It was the first time the document had been revised since 2010. And, last but not least, Nato’s target that 2% of GDP of each country be spent on defence will in the future be seen as “more of a floor than a ceiling”, as said by secretary general Jens Stoltenberg.

All this highlight once again a Nato revival following the war in Ukraine, while on the other hand the EU is not living the same trend. Once again is the Balkans region that highligths that Nato is expanding easily in Europe rather than the Ee. North Macedonia, for instance, became in 2020 the thirtieth Nato’s Member Country, and many countries in the region consider the adhesion to the Alliance more realistic that the one to the EU. This is a paradoxical situation, because Nato is considered to be far more divisive than the EU, but in the ongoing war the Atlantic Alliance has found a new unity and an historic relaunch.