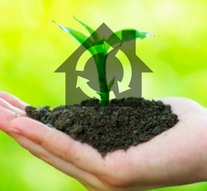 No Comments on Nearly zero-energy buildings: Recommendations issued by EU 116

The Commission issued a set of recommendations regarding the guidelines for the promotion of nearly zero-energy buildings and best practices. What do they say?

For more related news, read our section on energy.

What is the concept of nearly zero-energy buildings?

In the European Union, 40% of energy consumption altogether is due to buildings, which could greatly contribute to reaching EU climate and energy targets, decreasing the EU dependency on imported gas and oil and, thus, curbing the need for a higher production of electricity.

In 2010, through the recast of the Energy Performance of Buildings Directive (EPBD), the EU tried to take advantage of this potential by introducing the concept of nearly zero-energy buildings (nZEB).

Concretely, a building has zero net energy consumption when the total amount of energy it uses on an annual basis roughly equals the amount of renewable energy created on the site or – in other definitions – by renewable energy sources elsewhere. Therefore, they contribute less overall greenhouse gas to the atmosphere than similar non-ZNE buildings.

For this reason, under the EPDB [Directive 2010/31/EU], all new buildings will have to be nearly zero-energy by the end of 2020. As for public buildings, they must reach this target by 2018.

However, the Directive only describes a general framework and then Member States have considerable room to rule on the matter. Even the precise definition of nZEB was established by Member States, which could also decide what exactly is a ‘nearly zero’ and ‘very high’ energy performance.

The same goes for what nearly zero-energy consumption should cover (heating, cooling, ventilation and hot water, perhaps also lighting and possibly even all electricity used in a building). This ambiguity was intentional and aimed to help accommodate all differences in terms of building styles, resources and climate across Europe.

Therefore, nZEB is a very flexible policy requirement with no single, harmonised nZEB definition throughout the EU. Some of the expressions are deliberately unclear and it is left to the Member States in their national plans to give some rigour to the definition within the context of their own national efforts.

As of April 2015, for example, there were definitions of nZEB in 15 Member States, which differed both in terms of what they take into account and the values they prescribe.

What are the recommendations issued by the Commission?

In brief, this is what the Commission said: