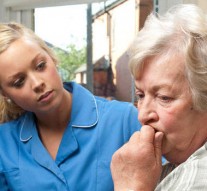 No Comments on The Netherlands Officially Declares War Against Dementia 66

The Netherlands has officially declared war against dementia by launching a campaign aimed to make the country more dementia-friendly. Furthermore, 32.5 million Euros will be invested in the Dementia Delta Plan up to 2017.

On  the occasion of the EU conference ‘Living Well With(out) Dementia’, The Netherlands has officially started a campaign to make the country more dementia-friendly,  run by Alzheimer Nederland and pension administrators PGGM as part of the ‘Dementia Delta Plan’.  All institutions and organizations committed to make the Netherlands more dementia-friendly, such as Albert Heijn, a Dutch Supermarket chain, the Taxi Services ‘Connexxion’ and the council of Amsterdam, were all represented at the launch.

Martin van Rijn, Dutch State Secretary for Health, Welfare and Sport, has joined with other parties the campaign, for which 10 million Euros has been made available over the next five years. “After the supermarket chain came the biggest bus company. And after that various municipalities among which Amsterdam the largest city of The Netherlands, where we are guests today. And new partners are joining all the time: from banks and insurance to campsite owners. We are organizing courses for the police, the fire service. We are starting a movement; together we are making a dementia friendly society,” said Van Rijn during the launch.

A short online training course is now available, aimed to teach everyone who desires it how to be more dementia-friendly.

The conference, taking place on 9 and 10 May, focuses on an integrated and holistic approach to dementia, as so to contribute to sustainable and affordable care. Innovation, both in health care and in society as a whole, is the main theme of the conference, in order to ensure that dementia patients can continue to live independently in society as long as possible.

How Live People With Dementia?

Dementia is a syndrome that increasingly affects people’s memory, thinking, behaviour and ability to perform everyday activities. Even though it does not only affect older people, the probability of developing dementia increases with age. It has an average duration between 2 and 10 years and ranges from mild cognitive impairments to severe dementia.

Each year 13,000 people in the Netherlands are diagnosed with dementia. Other EU member states also face the challenges associated with ageing populations. In 2006, when the European Union was composed of 27 Member States, an estimated 7.3 million Europeans between 30 and 99 years of age suffered from different types of dementias.

People suffering from dementia live for an average of eight years – six of them at home and two years in a care institution.

“In the Netherlands, 70 per cent of people with dementia live at home”, said the Dutch State Secretary for Health, Welfare and Sport, “They live in our village, our neighbourhood, our street. Many of them continue to function quite well for a long time. They don’t want to be regarded as ill, an object of pity. They play sports or cards, sing in the local choir.”

In the Netherlands, around 260,000 people have dementia. However, since the elderly population is not only growing, but living longer, their numbers are estimated to rise to 400,000 by 2050.

Dementia is overwhelming not only for those who are suffering from it but also for their caregivers and families and affects them physically, psychologically and economically.

“For this reason, it is so good that we have come together here for this European conference on dementia,” said Martin van Rijn, “Not only for the struggle against dementia as an illness but also for a meaningful life for those people suffering from dementia. Already in the whole of Europe these total more than seven million. How are they able, also after the diagnosis, to live a meaningful and dignified life?”

More Research Is Needed To Win The War

Existing treatments for neurodegenerative diseases are very limited. And those already existing only treat the symptoms, rather than addressing the cause.

Furthermore, since no new drug treatment for Alzheimer’s disease has been approved in the past five years, an increasing number of people suffering from MCI/dementia, their carers and communities will need care and support in the coming years.

More research needs to be done into preventing and curing dementia in the future, as well as research with a more immediate focus on early diagnosis, treatment and effective care.

Besides, enormous potential is offered by ICT technologies, not only to help people with dementia living well, but also their families, informal carers and professional carers.

The Dutch government has previously announced that 32.5 million Euros would be invested in the Dementia Delta Plan up to 2017.  Some of the funds will be spent on research into this fatal brain disease.  “More research is needed, and we will continue to invest in it after 2017 too”, said Van Rijn.

Meanwhile, the Active & Assisted Living (AAL) Programme, a funding scheme for research, development and innovation of ICT solutions that supports active aging of elderly people and co-funded by the European Commission, has published the call for 2016 “Living well with dementia.”

For more information on this Call for Proposals, read “Living Well With Dementia: New Call under the AAL Programme.”