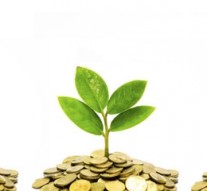 A new call for proposals under the Connecting Europe Facility (CEF) has been opened by The European Commission. Its aim is  to facilitate financing key EU energy infrastructure projects.

€600 million will be allocated for projects of common interest and related actions intending to increase competitiveness, enhance Union security of energy supply, contribute to sustainable development and protection of the environment.

Objective and eligibility of projects

Once in place, projects will work towards the achievement of an EU internal energy market and the establishment of a resilient Energy Union. This EU money is expected to act as a catalyst to speed up the implementation of the projects and attract investment from the private and public sectors.

In order to apply for a grant, a proposed project must feature on the list of ‘projects of common interest’. Updated list in November 2015, the list comprehends 195 key energy infrastructure projects that are considered crucial to complete the EU’s internal energy market, to boost competition as well as to contribute to the EU’s energy and climate goals. Significant benefits for at least two Member States are expected to be delivered by each project, when completed.

For the 2014-2020 period, EU financing for energy infrastructure under the CEF is €5.35 billion. Both studies and construction works will be carried out thanks to the contribution from grants.

However, in case of proposals for works, they can only receive grants if significant benefits are delivered by projects in a macro-regional context, such as security of supply, solidarity between Member States or innovation, while not being commercially viable.

No more than 50% of the eligible costs can be supported by the EU grant. EU support may be increased to a maximum of 75% of the costs only in exceptional cases, when a project greatly contributes to the security of supply, increases energy solidarity between Member States or suggests highly innovative solutions.

The deadline to submit applications for the new call is 8 November 2016. The selection of proposals to be funded will be announced by March 2017.

More information can be found on the DG energy’s website.