Home / Economy / The Western Balkans Nexus in the Eu Enlargement 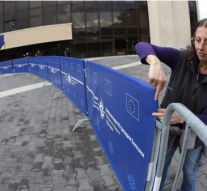 The EU had for too long been ignoring the integration of the Western Balkans. This view is confirmed even by the words of the Croatian prime minister, who said, “For too long we’ve been waiting for a meeting in this format.” Albanian Prime Minister Edi Rama struck a similar tone a day before the Summit during his interview with Euronews, where he said the EU should open the negotiation chapters as this would cost Europe “nothing, not even a cent”, while for Albania, “it is a matter of life and death”.

In his 2017 State of the Union address, President of the European Commission Jean Claude Juncker re-affirmed the European future of the Western Balkans countries: “If we want more stability in our neighbourhood, then we must also maintain a credible enlargement perspective for the Western Balkans. It is clear that there will be no further enlargement during the mandate of this Commission and this Parliament. No candidate is ready. But thereafter the European Union will be greater than 27 in number. Accession candidates must give the rule of law, justice and fundamental rights utmost priority in the negotiations.”

On the other hand, neglect has apparently created disappointment in the region as it has forced some populist politicians there to look for alternatives in Moscow or Ankara. It is apparent that Euro-enthusiasm has been in free-fall in the region for some time, which is in turn giving rise to new sets of concerns regarding the future of the Western Balkans, as all states in the region are investing their whole political capacities to integrate with the Union. More interestingly for the Brussels, this meeting came at a time when other geopolitical players, such as Russia, China, and Turkey, are starting to fill the vacuum left in the region by the Union itself.

But let’s start with the positive news first. If we were to try to spot a rare positive signal at the Summit, it would definitely be the progress in negotiations over Macedonia’s name dispute. An important step seems to have been achieved between Athens and Skopje towards reaching a common ground. Prime Minister of Macedonia Zoran Zaev said how the two sides had considered a solution regarding a name that might be acceptable for both sides. Zaev added that they could have a deal even before the EU Summit in June. Skopje is in a rush to become a part of the club.

The regional states are determined for EU integration but the question remains whether Brussels feels the same, especially with the words of President of the European Commission Jean Claude Juncker still echoing in minds: in 2014, he said enlargement was over at least for the next five years. However, that might be too long for the Region. Brussels should definitely do more to show that it still believes in further enlargement; that is, more than the 17-point ‘Sofia Declaration’, addressing issues like migration, organized crime, education, and rule of law, or more than a package, worth 10 billion euros, promised to the region for infrastructure and digital development projects.

The Western Balkans region has significant economic potential. Growth rates are higher than that of the EU and it is an increasingly interesting market for EU goods and services that is gradually becoming part of European value chains. The level of economic integration with the Union is already very high, due to the Stabilisation and Association Agreements. However, further efforts are needed to increase the competitiveness of the Western Balkan economies, to address high unemployment, especially among the young, to increase prosperity and to create business opportunities not least for local players. Stronger skills-based economies will also help to attenuate the brain drain that exists, turning it into brain circulation.

The further modernisation of the regional economies will in turn attract further EU private investment and increase demand for EU goods and services in the Western Balkans. The necessary structural reforms need to be underpinned by appropriate economic and fiscal policies. The region’s economies face many structural weaknesses, with inefficient and rigid markets, low productivity, limited access to finance, unclear property rights and a cumbersome regulatory environment, leading to low competitiveness and high unemployment. Overall, the levels of investment and growth rates are insufficient to significantly reduce the gap with the EU. Economic development is further hampered by an entrenched grey economy. State involvement and undue political interference in the economy remain high, while competition policy and other flanking policies are still too weak. Structural reforms outlined in the Economic Reform Programmes must be pursued with more rigour.

It still remains to be seen how the Union shall deal with the Western Balkan “spill over” economic effect, which made possible even itself to establish decades ago. The reconciliation process is still undergoing and it is inevitable for any further symbiosis.