Home / Energy / North Korea a possibile cooperation on Energy side? 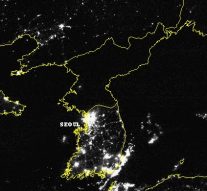 No Comments on North Korea a possibile cooperation on Energy side? 34

The current international crisis around North Korea is not just a political one, but it has counter effects on the energy field.

China recently announced that it will limit energy supplies to North Korea and stop buying its textiles under U.N. sanctions imposed over its nuclear and missile development, further reducing support from Pyongyang’s last ally.

Exports of refined petroleum to the North will be limited to 2 million barrels per year, effective Jan. 1, 2018. Sales of liquefied natural gas are banned outright.

North Korea depends on China for almost all its oil and gas but estimates of its consumption are low, leaving it unclear how Beijing’s new limit will affect them. The restrictions announced do not apply to crude oil, which makes up the biggest share of energy exports to the North.

China also will ban textile imports from the North, the ministry said. Textiles are believed to be the North’s biggest source of foreign revenue following rounds of U.N. sanctions under which Beijing cut off purchases of coal, iron ore, seafood and other goods.

China accounts for some 90 percent of the North’s trade, making its cooperation critical to efforts to derail Pyongyang’s nuclear and missile development.

Chinese leaders were long the North’s diplomatic protectors but express increasing frustration with the government of Kim Jong Un. They support the latest U.N. Security Council sanctions but are reluctant to push Pyongyang too hard for fear Kim’s government might collapse. They also argue against doing anything that might hurt ordinary North Koreans.

Chinese officials complain their country bears the cost of enforcing sanctions, which have hurt businesses in its northeast that trade with the North.

The U.N. Security Council voted Sept. 11 to limit fuel supplies and ban the North’s textile exports. China, one of five permanent council members with power to veto U.N. action, agreed to the measure after the United States toned down a proposal for a complete oil embargo.

Petroleum exports for use in the North’s ballistic missile program or other activities banned by U.N. sanctions also are prohibited.

Renewable energy may be the most appropriate vehicle for increasing generation capacity because unlike large centralised fossil-fuels, renewables can be scaled locally which reduces their up-front cost.

For example, a UNDP-sponsored project is installing small-scale wind energy systems at sites across North and South Pyongan Provinces, helping to alleviate energy shortages affecting these areas by decoupling them from reliance on the coal-generated electricity grid.

Technology transfers for such projects do not violate the import restrictions of dual-use technologies listed under the UN Security Council sanctions regime against the DPRK. The income potential derives from the carbon credits generated by North Korea’s renewable projects, which can be traded on international carbon markets.

North Korea has strong incentives to fight climate change and its potential to erode government control. The fact that the nation has become more compliant over time suggests that the objectives of the international climate change regime coalesce with the survival imperatives of Kim Jong-un’s government.