Home / Energy / The nuclear energy: the bone of contention 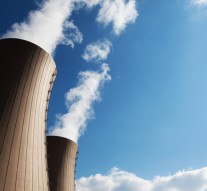 No Comments on The nuclear energy: the bone of contention 141

The French Government controls more than 80% of both companies and has come to this merging decision because, after Japanese 2011 Fukushima disaster, the nuclear power is in crisis yet continuing to represent 30% of energy production in Europe. The sector employs 200.000 people, including induced jobs.

Areva is the only company in Europe with a presence in each industrial activity related to nuclear energy: mining, chemistry, uranium enrichment, fuel assembly, reprocessing, engineering, nuclear propulsion and reactors, treatment, recycling, stabilization and dismantling. Since 2007 Areva has not sold a new reactor and last year the company has lost  €4.8bn euro. The third generation nuclear power plan (EPR) is not ready yet, despite Areva huge investment (5 bn euro) on the Flamanville one, whose termination date is still unknown.

Indeed, the cost is growing more than foreseen, threatening Areva accounts. Apparently, one of the most important company in nuclear sector is going to disappear,  incorporated in the EDF group: it could be the first step of the end of nuclear energy in France.

In the next 10 years, France needs to renovate its 58 nuclear power plants with an expected expense of 55bn of euro. Definitely, part of French public opinion is fighting against nuclear energy, having an impact on the economic performance of the big state-owned Areva. Anti-nuclear movements are popping up around the Continent in general. In 2011, Germany has decided to dismantle all its nuclear plants by 2030 and Italy has confirmed its willingness to stay out of the nuclear business.

There is another Europe, however, which is much more nuclear-friendly: Finland, Belgium, Hungary, Czech Republic, Spain, Slovakia keep their uranium plants, and the UK have just launched a nuclear investment with the French EDF. Worldwide, nuclear sector is expected to increase more than 25% by 2030; world nuclear power plans, which currently are 435, are expected to be 489 in 2030.

Nuclear energy has pros and cons: it is a costly technology with a (low) incidence of devastating disasters (Fukushima is an example). Nonetheless, it is stable and perfectly green energy. Whether it will be the future European energy source is still debating.