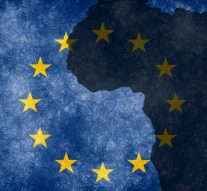 In 2007, leaders from 54 African countries and 27 European states established the Africa-EU Strategic Partnership as the formal platform for cooperation between the two continents. Under the partnership, heads of state and government meet alternatively in Africa and Europe every three years to take stock of and establish priorities for the regions’ evolving relationship. The fifth EU-Africa Summit took place in November 2017 in Abidjan, Côte d’Ivoire on the theme of “youth” and young people’s unique economic and security challenges. In advance of the summit, EUROSTAT recently released The European Union and the African Union: A statistical portrait (2016 edition), which provides an overview of key demographic, social, and economic indicators across African and European countries—the latter now also including Croatia, which joined the European Union in 2013. 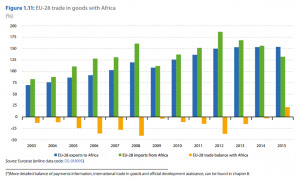 In Abidjan, the EU have proposed investment plan that introduces several various following goals. Beside contribution in achieving sustainable development in our partner countries in a coherent and consistent manner the plan intends to mobilise investment and leverage funds, to reach countries where investments are currently difficult, and facilitate investments by private actors that would otherwise invest less or not at all. It also aims at targeting socio-economic sectors, in particular sustainable infrastructure (including energy, water, transport, information and communications technology, environment, social infrastructure, human capital), and provide finance for micro-, small- and medium-sized enterprises with a particular focus on decent job creation. The plan intends in developing economically and financially viable projects to attract investment and helping to improve the business environment in partner countries by supporting reforms and economic governance. At the end, it further emphasizes the need to contribute to address the root causes of irregular migration and strengthen our partnerships in Africa and the EU’s Neighbourhood countries.

It seems that the EU decided to further engage into global economy affairs, after having been recovered from the economic recession 10 years ago. It now strives to establish new type of economic diplomacy towards Africa, in competition with the other major superpowers` economic investments into the region of Africa. It remains to be seen whether the EU could win this “battle”, while impeded and challenged with many factors and inputs. According to what was stated in Abidjan, the Euro-African relations are yet to be developed and further institutionalized.