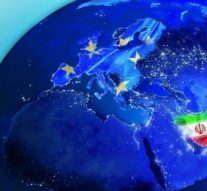 No Comments on Passivization of EU-Iranian economic relations 23

Iran, being one of the middle-range powers in international relations, plays a critical role in Middle East events. Iran is barely able to continue trade with any other western country while under US sanctions. Despite the sanctions imposed on Iran, the EU established the INSTEX trading system with the country, which facilitates EU Member States’ trade with the country. However, not all areas of potential economic cooperation have been met. What are the major aspects of the EU-Iran economic cooperation? Who is important in these relationships, and what is the future of trade between the parties?

According to some analysts, the European Union and Iran have four major disagreements. The first is a comprehensive accord brokered by the European Union to limit Iran’s nuclear capabilities. The second topic is military conflicts, namely the role of official Tehran in events in Syria, Afghanistan, and Yemen. The third point of issue is Iran’s restriction of human rights and freedoms, particularly in the area of dual-citizenship inmates, which the European Union has been debating with Iran for many years. Finally, Iran’s relationship with Russia, particularly in light of the present Ukrainian situation, is undoubtedly the most pressing issue in European-Iranian ties.

The degree of economic and trade exchange between the European Union and Iran is not known for 2021. Because of Iran’s violation of the nuclear weapons accord, France, Germany, and the United Kingdom alerted the European Union in 2020 that they would launch a dispute procedure that would deviate from the provisions of this trading system.

Iran ranked 56th in terms of trade with the EU in 2020. The EU accounted for 17.5 percent of Iran’s imports and 5.1 percent of exports. Iran’s second-largest trading partner, accounting for 12.3% of the country’s total goods trade with the rest of the world in 2020, is the European Union. The EU used to be Iran’s most important partner before to the current sanctions regime. In 2020, the EU and Iran will trade €4.5 billion in products. Agriculture and raw materials (€0.4 billion, 57.1 percent) and chemicals (€0.1 billion, 14.2 percent) accounted for the majority of the EU’s imports, totaling €0.7 billion. Machinery and transport equipment (€1.3 billion, 34.2 percent) and chemicals (€1.0 billion) dominated the EU’s exports, which totaled €3.8 billion.

Although INSTEX has so far failed, European efforts to make the system work have demonstrated to the Iranians that, if necessary, the EU is willing to risk diverging from Washington in order to salvage the nuclear deal. Many analysts have urged in recent weeks that, in addition to INSTEX, Europe could offer more concrete incentives to pull Iran back into compliance with the historic nuclear agreement.

INSTEX failure along with low level interest of trade between the two sides have contributed to the so-called “passivization” of the economic relations. Despite persistent tensions between the United States and Iran, the Biden administration will push European economic re-engagement with Iran as part of the deal-making process. However, that help will be technical in nature and will not include the kind of global outreach that John Kerry did as Barack Obama’s secretary of state. The United States’ recent decision not to sabotage Nord Stream 2 demonstrates that US politicians recognize the importance of considering European economic interests. Based on this consideration – and given that political actors must send economic actors a signal that re-entering the Iranian market is worthwhile – European governments should take the following steps to facilitate effective and economically meaningful sanctions relief, pressuring the US to provide technical solutions that have been lacking (Batmanghelidj, 2021).

Europeans are also interested in the economic gains from such a partnership. European companies in the fields of energy, automobiles, railway and aircraft industry (with Airbus), telecommunications and agro-business believe that Iranian markets offer innumerable opportunities. It is a market of nearly 80 million people (with an emerging urban middleclass), quite close to Europe and without payment issues (in the absence of sanctions). In the energy sector, Iran, with the world’s fourth largest oil reserves and the largest natural gas reserves, is attracting European energy majors. Besides, there is a clear strategic dimension to an Iran-EU energy partnership.