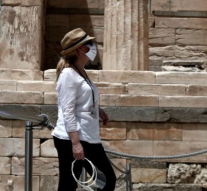 European Union is moving toward a “new normality” after Coronavirus pandemic, although the crisis is not yet over. Almost every Member Country eased many of the restrictions imposed during the crisis, gradually opening restaurants, bars and shops. Measures have been taken by the national government, with different shades, but generally with some form of coordination. A common EU response is on the other hand more than ever necessary when it comes to freedom of movement and travels. But even here, up to now, there is no a coherent coordination, with some Member States trying to move forward taking benefit from the new situation.

It is true that European tourism ministers have pledged to support the industry, which makes up 10 per cent of the EU’s Gdp. And on 13 May, the European Commission presented guidelines and recommendations to help Member States gradually lift travel restrictions, with all the necessary safety and precautionary means in place. But at the end of the day, it seems that the final decisions depend on single Member State with someone trying to advance by their own way.

“The European Union discussed  the prospect of reopening borders between countries with a similar epidemiological situation based on bilateral agreements to revive the tourism sector hit by the coronavirus pandemic”, said on 21th of May the tourism minister of Croatia, Gari Cappelli, which holds the presidency of the council of the EU. He added that “if there is a possibility of striking bilateral agreements especially between the countries where the epidemiological situation is similar or even the same, we should also do that in order to speed up the recovery of tourism”.
Greece will be among the first countries to kick off its tourist season, opening its hotels from June 15 and resuming international charter flights to popular locations in July. Also willing to take advantage from the situation is Croatia, which is ready to welcome foreign tourists in June.

Italian premier Giuseppe Conte has said that European Union states must not conclude “tourist pacts” between themselves during the coronavirus crisis. Conte warned that bilateral tourism deals within the EU would mean the “destruction of the single market.” “We will not accept bilateral accords within the EU that might create privileged tourist channels”, Conte asserted. However even Italy decided that will reopen to European tourists from early June and to scrap a 14-day mandatory quarantine period. As said by Rome’s government on 16 May, beginning on June 3, visitors within the Schengen zone will be allowed to enter Italy with no obligation to self-isolate. But the risk is still there for Italy to be penalized by the fact that, together with Spain, has been one of most hit countries in Europe by the virus.    Italy’s foreign affairs minister Luigi Di Maio asserted that the country is against “bilateral deals” for border reopening between neighbouring EU countries that have similar coronavirus tallies. Di Maio added that “bilateral agreements on tourist flows are against the EU’s spirit”. “If we don’t change direction soon, there will be serious consequences for the tourism sector in all European countries”, he said.

The Spanish government has decided on a more cautious route. Under Spain’s de-escalation plan, travel within the country will not be allowed until at least the end of June. Health authorities have indicated that the summer holiday season will start later this year and be focused on domestic, not international, tourism. Madrid has not set a date to reopen its borders to tourists, and just recently introduced a 14-day quarantine for international travelers.

It is sure that tourism is a key aspect in “phase II”, also because is almost summer and many economic activities are related to this industry. Restrictive measures have indeed severely slow down economies and EU is completing its plans to ensure a widespread recovery. On 27 May the EU Commission President, Ursula von der Leyen, will present the final proposal for the so-called Recovery Fund that should complete the set of measures launched from Brussels to help countries hit by the crisis. The 500 billion euro EU recovery fund proposed by Angela Merkel, the German chancellor, and Emmanuel Macron, the French president, could be a historic step forward for the EU, because Berlin broke two rules of its countries traditional EU policy: that there should be no common borrowing and no transfer union beyond the existing EU budget. But Italy’s Prime Minister Conte warned that the EU’s recovery plan needed to be “more ambitious” or the Union risked fueling nationalism and widening long-term divisions.

Austrian Chancellor Sebastian Kurz has already indicated that his position and that of several member states collectively known as the “Frugal Four” “remains unchanged”, stressing that the proposal will face strong resistance. Four European countries indeed — Austria, Denmark, the Netherlands, and Sweden – are opposing the Franco-German recovery plan, asking for more guarantees that States receiving aid will adopt reforms. And they also demand that aid should take the form of loans rather than grants.