Home / Economy / Politics of EU economy: could the Eurobonds be helpful in recovery? 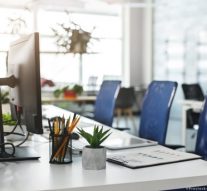 No Comments on Politics of EU economy: could the Eurobonds be helpful in recovery? 44

The EU experienced heavy period with Covid19 crisis. Countries such as France, Italy and Spain, which, according to initial estimates, were most affected by the corona crisis, strongly advocated grants to be financed through common EU bonds – so-called Eurobonds or corona-bonds. These bonds would be taken over indirectly, through the joint EU budget, distributed under certain conditions and should be repaid in the next 20 years. Austria, the Netherlands, Denmark and Sweden, on the other hand, are also vehemently opposed to grants to southern countries from the Reconstruction Fund.

Immediately after the Franco-German proposal became known, Austrian Chancellor Sebastian Kurz said: “Our position has not changed.” The chairman of the European Parliament’s Budget Committee, Belgian MP Johan Van Overtvelt, said in Brussels that the position of these four “thrifty” the state must be taken very seriously, although Germany has obviously changed its position. In the end, there must be a compromise. “Let’s not waste time now,” he said.

All 27 EU countries must unanimously adopt the budget and the reconstruction fund, and they must be approved by the European Parliament. In a resolution last week, lawmakers asked for 2,000 billion euros for reconstruction – four times more than Germany and France had proposed. EU finance ministers discussed the proposal on Tuesday. The chairman of that meeting, the Croat Zdravko Marić, did not want to comment on the result of the certainly controversial discussions: “We are waiting for the draft budget of the European Commission next week and then we will comment on it publicly.” The finance ministers of Germany and France advocated for their proposal at that video conference. Bruno Le Mare called it a “historic” step for the EU. The EU treaties actually contain a ban on borrowing – which in the next budget of the Union should be bypassed by one filigree construction: EU countries would not issue joint bonds directly, but would give guarantees to the EU Commission, which should use them to borrow on private financial markets. These loans would be repaid over 20 years, which is significantly longer than the EU’s seven-year financial framework. Marcus Ferber, the representative of German Christian Democrats in the European Parliament in charge of financial issues, is skeptical about that construction: “It is reasonable that the renewal plan is targeted and limited in time, but the financing is not serious at all.”

However, Germany and the Netherlands are proposing to use the existing mechanisms and funds instead of the introduction of “Eurobonds”, both a thousand billion very cheap loans from the European Investment Bank and a special mechanism of the European Commission of 410 billion euros to help members in great financial trouble. Also a fund of one hundred billion euros that the European Commission has just established to help especially those who lose their jobs, as well as small and medium-sized companies to survive. The majority in the EU thinks that it is not enough to preserve the foundations of the economy of the 27 and enable production and growth to start strongly again when the epidemic is over, because it is estimated that the collapse of the economy, and thus social, social and political consequences, will be such that it is necessary to move now to some kind of war economy. The settlement has always been the motto and lever of action of the European Union, so France came up with a perhaps acceptable proposal to establish a special one-time fund to save health, population and especially the economy, which would provide funds and guarantee for “Eurobonds” to be issued.

Will this version of Marshall Plan for the EU be adequate and accepted by all the EU Member States, remains to be seen yet, as at the very beginning of June, the pandemic is still not on its way to fade out from our daily lives.