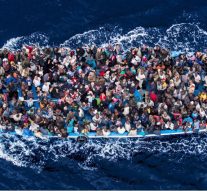 No Comments on Prospects of global migration in 2021 471

Many challenges such as wars, internal civil wars, and pandemics have shaped the last decades of global migration. This brief analysis presents the reports announced by the International Organization of Migration (IOM), the World Bank, and the United Nations (UN) regarding the global trends of migration and potential failures of international institutional response.

The International Organization of Migration (IOM) assessed that most people continue to live in the countries they were born — only one in 30 are migrants. In most discussions on migration, the starting point is usually numbers. Understanding changes in scale, emerging trends and shifting demographics related to global social and economic transformations, such as migration, help us make sense of the changing world we live in and plan for the future.

The current global estimate is that there were around 281 million international migrants in the world in 2020, which equates to 3.6 per cent of the global population. Overall, the estimated number of international migrants has increased over the past five decades. The total estimated 281 million people living in a country other than their countries of birth in 2020 was 128 million more than in 1990, and over three times the estimated number in 1970.

The World Bank believes that the main drivers for the steady flow included fiscal stimulus that resulted in better-than-expected economic conditions in host countries, a shift in flows from cash to digital and from informal to formal channels, and cyclical movements in oil prices and currency exchange rates. The true size of remittances, which includes formal and informal flows, is believed to be larger than officially reported data, though the extent of the impact of COVID-19 on informal flows is unclear.

“As COVID-19 still devastates families around the world, remittances continue to provide a critical lifeline for the poor and vulnerable,” said Michal Rutkowski, Global Director of the Social Protection and Jobs Global Practice at the World Bank. “Supportive policy responses, together with national social protection systems, should continue to be inclusive of all communities, including migrants.” Remittance inflows rose in Latin America and the Caribbean (6.5 percent), South Asia (5.2 percent) and the Middle East and North Africa (2.3 percent).

However, remittance flows fell for East Asia and the Pacific (7.9 percent), for Europe and Central Asia (9.7 percent), and for Sub-Saharan Africa (12.5 percent). The decline in flows to Sub-Saharan Africa was almost entirely due to a 28 percent decline in remittance flows to Nigeria. Excluding flows to Nigeria, remittances to Sub-Saharan Africa increased by 2.3 percent, demonstrating resilience. The relatively strong performance of remittance flows during the COVID-19 crisis has also highlighted the importance of timely availability of data. Given its growing significance as a source of external financing for low- and middle-income countries, there is a need for better collection of data on remittances, in terms of frequency, timely reporting, and granularity by corridor and channel. “The resilience of remittance flows is remarkable. Remittances are helping to meet families’ increased need for livelihood support,” said Dilip Ratha, lead author of the report on migration and remittances and head of KNOMAD.

“They can no longer be treated as small change. The World Bank has been monitoring migration and remittance flows for nearly two decades, and we are working with governments and partners to produce timely data and make remittance flows even more productive.” The World Bank is assisting member states in monitoring the flow of remittances through various channels, the costs and convenience of sending money, and regulations to protect financial integrity that affect remittance flows. It is working with the G20 countries and the global community to reduce remittance costs and improve financial inclusion for the poor. With global growth expected to rebound further in 2021 and 2022, remittance flows to low- and middle- income countries are expected to increase by 2.6 percent to $553 billion in 2021 and by 2.2 percent to $565 billion in 2022. Even as many high-income nations have made significant progress in vaccinating their populations, infections are still high in several large developing economies and the outlook for remittances remains uncertain.

The UN Report published in 2020 highlights that two thirds of all international migrants live in just 20 countries. The United States of America remained the largest destination, hosting 51 million international migrants in 2020, equal to 18 per cent of the world’s total. Germany hosted the second largest number of migrants worldwide, at around 16 million, followed by Saudi Arabia (13 million), the Russian Federation (12 million) and the United Kingdom (9 million). India topped the list of countries with the largest diasporas in 2020, with 18 million persons from India living outside of their country of birth. Other countries with a large transnational community included Mexico and the Russian Federation (11 million each), China (10 million) and Syria (8 million).

Diasporas contribute to the development of their countries of origin through the promotion of foreign investment, trade, access to technology and financial inclusion.  However, according to projections by the World Bank, the COVID-19 pandemic may reduce the volume of remittances sent to low-and middle-income countries from USD 548 billion in 2019 to USD 470 billion in 2021, a decline of USD 78 billion or 14 per cent. The loss has affected the livelihoods of millions of migrants and their families, stalling progress in achieving the Sustainable Development Goals. National strategies and international cooperation will be needed to mitigate the effects of this loss.