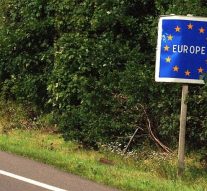 No Comments on Re melius perpensa: Three dilemmas of EU borders re-opening after the Covid19 38

On July 1st EU Member States have decided to re-open their national borders following the need to provide freedom of movement for its citizens and goods. This recommendation, which actually originated by the EU Commission refers to the relations with third countries as well; however, due to its legal strength, it was not legally binding for EU’s Member States, but was rather perceived as a “soft legal instrument” aiming to ignite the Union’s members towards reactivation of their economies. After having eased the measures earlier in May, this “grand” re-opening is re melius perpensa of the previous process. The “re melius perpensa” has three key dilemmas that shape potential political crisis the EU could face with.

Even though the EU was announcing its intention to ease the restrictions (mostly referring to freedom of movement for its citizens) imposed due to Corona virus outbreak for weeks, this happened at the end of May. Most of the European states did so in the wake of tremendous fears which warned the collapse and even obliteration of national economic systems across the Continent. This is why the initial re-opening has not resulted with immense positive outcomes. On the contrary, it only ignited the second peak of the pandemic’s second wave. Though some epidemiologists anticipated second wave’s appearance later this year (during the autumn), it obviously became the reality already in June with no optimistic outlooks.

The dilemmas of re melius perpensa

What made this post-Covid19 (if this is yet to be concluded!) different, is the fact that the first “wave” of re-opening was not that successful. On the contrary, much consequences including increase in positive cases occurred in almost all the European countries. As mentioned earlier, the first of July brought new re-opening which, hopefully, should be definite.

The very first dilemma refers to sovereignty within the EU. Some of the Member States did not respect the Commission’s decision, putting forward promotion Westphalian capacity to project their national sovereignty. Germany, Croatia, Greece, Austria, France were the frontrunners of this process, while this list hasn’t been completed yet. Despite the initial idea which stipulated quick reactivation of economic activity and mobility of the EU citizens within the internal borders, some Member States took their discretional right to list countries whose citizens are not able to travel within their territory, even if they are the EU citizens. It remains to be determined what will be the broader consequences of such (subsidiarity of the decision-making process)

The second dilemma questions the proportionality of encountered measures. Most of the western media such as the Deutsche Welle, BBC, French National TV Service, and many others, have raised their concerns over what might provoke further pandemics’ expansion. The World Health Organization has warned that 60% of total infected population since the pandemic erupted, have registered in June. This basically means that six million people across the globe got infected and tested positive in only several weeks. As no optimistic scenario is about to be forecasted, we can expect only worse situation during July. It is for these two reasons that question over the “right” momentum for liberalization of borders’ functioning is on the agenda. It is too early to debate whether this re-opening was really helpful and needed on the beginning of July. Some critics were addressed to countries which announced potential opposing attitude towards these measures (such as the V4 bloc). The figures of Covid19 positive are gradually rising in recent days in Europe, and the summer season and extreme travel flow within the internal EU borders will only contribute to further worsening of this situation. That is why the notion of “measures proportionality” will surely remain viable in the coming months.

The last dilemma puts forward the issue of the future cooperation among the Member States, as well as lack of empathy among them. Even at the beginning of the pandemic most of the EU Member States received serious accusations towards their inability to provide assistance to each others, in spite of extremely well organized ECHO (EU emergency) mechanism. It guarantees that at supranational level, all information and necessary help is delivered accordingly and efficiently, but this has not occurred in practice. After that, the EU itself was addressed as an “ineffective crisis management player”, with quite slow response and non decisive capacity.  Consequently this brought insecurity towards the supranational institution in eye of an average EU citizen. It seems that even the fact that Corona virus became part of global every day’s life did not alleviate this perception. So, it remains questionable how the EU Member States among themselves will now cooperate with new regime in their national borders’ operations.

On a positive note, these abovementioned arguments were not necessarily negative. Rather, they only imply potential sparks that might be ignited in medium term which is crucial for EU’s functioning as a unique supranational entity. In spite of acting in a good faith, the EU’s endeavours to fix the (previously failed) lift of restrictions – were gloomy, as the results unfortunately are not inducted by the efficiency of the measures, but by the global developments concurred by the ongoing pandemic. This is precisely why the global anxiety over the Coronavirus will hinder the actions of even the most prepared and developed European countries.