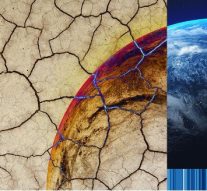 No Comments on Road to a Glasgow financial COP26 17

Glasgow is going to host the global conference on climate change COP26 between October 31st – November 12th. In cooperation with Italy, the organizers claim this event will “initiate the world to tackle climate change”. This envisages the inevitable issues of the renewable energy as a reality for Europe. But how much will it cost? Does the EU have a coherent approach and what’s in stake with COP26 financial plan?

During the 2020, within the European Union level, 38 percent of electricity was obtained from renewable sources, which for the first time in Europe surpassed coal and gas as the main sources of electricity production, according to a study published by climate think tanks Amber Climate from London and the Agora Energiewende of Berlin. The share of fossil fuels in the EU energy mix fell to 37 percent, while the source of the remaining 25 percent of energy was nuclear power plants. In 2020, the capacities of wind and solar power plants were increased, which produced 14 percent and 5 percent, respectively, and together approximately one fifth of the electricity produced in the EU.

The remaining 19 percent of electricity from renewable sources is generated in hydropower or biomass, with the capacity of the two sources in the EU stagnant in recent years and not increasing. “At the beginning of a decade of global climate action, it is gratifying to see that Europe has already reached a milestone in terms of green energy. The rapid growth of wind and solar energies has forced coal to retreat, but that is just the beginning” said David Jones, a senior analyst at Amber Climate. Increasing the share of renewables and reducing the share of coal means that electricity production in Europe last year was 29 percent cleaner than in 2015. “Europe relies on wind and solar energy to ensure that not only coal is phased out by 2030, but also gas production, nuclear power plant replacements and meeting the growing demand for electricity from electric cars and heat pumps,” Jones added.

EU members unveiled plans to produce electricity from renewable sources last year, but those plans currently allow for a total increase of 72 TWh (terawatt hours) per year. Large differences between individual members are also visible. Although Denmark produced 62 percent of its electricity from wind and solar energy last year, or twice as much as Ireland, which is in second place, its market share is relatively small, at 18 TWh. At the same time, seven countries have made almost no progress in renewable energy production, namely Portugal, Romania, Austria, Italy, the Czech Republic, Slovakia and Bulgaria.

The official agenda of the event in Glasgow states that developing countries need support. Developed countries must deliver on their promise to mobilise $100 billion every year in climate finance to support developing countries. This must include building new markets for adaptation and mitigation and improving the quantity, quality and access to finance to support communities around the world to take action on the changing climate. The OECD estimates that $79.6 billion of climate finance was mobilised in 2019. The UK is doubling his International Climate Finance commitment to help developing nations with £11.6 billion over the next five years up to 2025/2026.

We want as many countries as possible to follow our lead and increase their commitments through to 2025. Ahead of COP26, COP26 President-Designate Alok Sharma asked Jonathan Wilkinson, Canada’s Minister of Environment and Climate Change and Jochen Flasbarth, Germany´s State Secretary at the Ministry for Environment, Nature Conservation and Nuclear Safety, to work together to produce a Delivery Plan on the $100 billion commitment, to demonstrate how and when developed countries will deliver on their promise. This was published on 25 October 2021, alongside a technical report from the OECD. The Presidency has also published a list of developed country commitments.

The financial plan of the COP26 envisages the financial decision needs to take climate into account: all private investment decisions, but also all spending decisions that countries and international financial institutions are making as they roll out stimulus packages to rebuild economies from the pandemic. Companies need to be transparent about the risks and opportunities that climate change, and the shift to a net zero economy pose to their business. Furthermore Central banks and regulators need to make sure that our financial systems can withstand the impacts of climate change and support the transition to net zero. Lastly, banks, insurers, investors and other financial firms need to commit to ensuring their investments and lending is aligned with net zero.