Home / Economy / The rocket science behind the multiannual financial framework 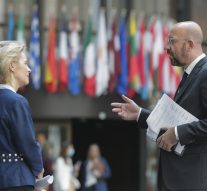 “There have been 96 hours of work; zero hours of fun” was stated by the official Instagram profile of the Hungarian Prime Minister, Mr. Victor Orban last week. Aside his quite negative sentiment towards the official Brussels (but hopefully not the EU idea itself?), Mr. Orban has called into question a very important issue that relates to the potential crisis the EU leaders might have faced with. It was under the “last call” that the Brussels achieved its huge test: a formal agreement to adopt the Multiannual Financial Framework (MFF) package.

It is widely known that the package is being adopted for the seven-year period, with the newest being into force from 2021 to 2027 inclusive. This article presents the official financial package adopted for the next seven-year budget of the European Union.

The European Council meeting was held between July 17 and July 21. Its outcome was announced by the President Charles Michel as the “a historic European victory”. EU leaders have agreed to a comprehensive package of €1.824,3 billion which combines the multiannual financial framework (MFF) and an extraordinary recovery effort under the Next Generation EU (NGEU) instrument. This total sum is divided into two parts: the core of the MFF (cca. 1.074 billion) and the Next Generation EU NGEU (cca. 750 billion).

The Next Generation EU will provide the Union with the necessary means to address the challenges posed by the COVID-19 pandemic. Under the agreement the Commission will be able to borrow up to €750 billion on the markets. These funds may be used for back-to-back loans and for expenditure channeled through the MFF programmes. Capital raised on the financial markets will be repaid by 2058. The amounts available under NGEU will be allocated to seven individual programmes:

On another hand, the size of the MFF – €1 074.3 billion – will allow the EU to fulfill its long-term objectives and preserve the full capacity of the recovery plan. This proposal is largely based on the proposal made by President Michel in February, which reflected two years of discussions between member states. The MFF will cover the following seven spending areas:

On April 17 in 2018, French president Mr. Emmanuel Macron has addressed the European Parliament in Strasbourg. Some would say it was a historic speech. Every single paragraph read by Mr. Macron was followed by heavy applauses among the famous hemicycle filled in with the MEPs. His speech will remain as the call for unity, but as well, as the call for economic and financial union. After having started with the political issues such as migrations, unity, Brexit etc., he passed over to the economic affairs.

In this sense Eurozone and fiscal discipline were among his first topics. Reforming the Economic and Monetary Union is another essential area for work before the end of the parliamentary term, emphasized Macron. He further continued that Europe need a roadmap that will allow us to have a stage approach to the Banking Union and creating a budgetary capacity that will allow for stability and convergence in the Eurozone.

There is a willingness to create a stronger, more unified Eurozone with the single “finance minister”, and single bank devoted only to the 19 “Euro” countries club. Even though the European Central Bank strives for giving more power to other EU member states to harmonize their fiscal and monetary policies, as well as to “softly invite” all other EU member states to join the Zone, it does not serve as a supranational bank equally dispersed to all the geographical parts of the Eurozone.

In his speech, Macron then passed to the budgetary issues. Macron called for overall budget reform and demanded, unequivocally, the elimination of all “rebates” — the quirky cash-back budget gimmicks that were introduced when Margaret Thatcher complained her country was paying too much. “The rebates cannot survive Brexit”, he stated. “This budget that we will discuss must express a political project of coherence, efficiency and convergence,” Macron said in his speech, adding, “We must not deny any ambition of existing policies, but we must add the new ambitions we carry.”

It seems that none of these promises was in the agenda during the Brussels negotiation for the MFF. Did the EU lose its compass or the circumstances as such have determined what will be the European path?