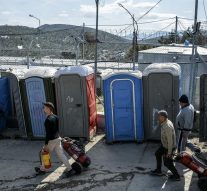 It is widely argued by some media (and even European governments) that the migrants have been hindered by the ongoing crisis caused by the Coronavirus which hit the globe. Initially started and culminated in 2015 with the Syrian war, the migrant crisis made the global reach of migrants to several million. However, despite not being directly involved into war, not only Syrian migrants have started to leave their home lands, but the surrounding countries’ citizens did it as well. This impeded severe flows of migrants dominantly oriented towards the Western European countries. Even though it has been 6 years as the first flow started to occur, the crisis is not over yet.

Pre-Corona virus period has seen vast clashes at the Turkish-Greek border, even with the Greek’s army being engaged to use the force. This brief analysis will present the main issues that arise for the migrants that are already on their routes towards the Western Europe. In total, there are four big problems for migrants who are focusing to reach their destination countries.

First, the unsettled and non-regulated policies of every single EU Member States regarding the asylum, immigration, and social funds for treating the migrants once they enter their territory. Despite being in this for more than five years on, not all the European countries have adopted harmonized policies and unique responses for the migrants. Some of them still are even opposing to entrance of migrants, while some (such V4 members) have heavy negative sentiment of their public towards the migrants.

The second major issue is physical – border closure. It was the most visible issue during the Covid19 pandemic, and also the biggest obstacle for migrants, as they had been stuck in transit countries at the moment of complete borders closure. This has occurred in most countries mid March. It is with “shyness” that we now can argue the national borders shall be opened by the end of May. However, some transit countries (Western Balkans) have already opened their borders partially for some groups of their citizens. Some countries are reportedly accused to “violate the human rights of migrants”, as they had been detained in the migrant camps during the curfew which was declared in most of the states across the route to the Western Europe. It is expected for the EU to re-open its borders by the end of June completely.

The third major problem is the “behaviour” of Turkey. It is estimated that currently dozens of thousands of migrants are waiting to leave Turkey in their path to Europe. Earlier during April, The Guardian reported that “unverified stories appeared in Greek media suggesting that Turkey was planning to send Covid-19 positive migrants to Europe. One story in Greek newspaper Kathimerini was headlined: “Turkey pushing Covid-infected migrants to cross into Greece, officials believe”. What makes the situation even worse, is the Turkish-EU relations are being built and negotiated through the situation with migrants.

The last problem is the saturation of immigrants within the EU. It seems that the Union now focuses on completely different set of issues, which is dominantly oriented towards internal affairs, rather than migrants or problems in its neighbourhood. This is why the outcome of the several thousand miles long immigration for the very newest wave of immigrants will be highly questioned due to the unpredictable EU Member States response.

Moreover, the second “wave” of Covid19 pandemic is on its way, as many epidemiologists claim. Even though it is predicted that the Southern hemisphere will be at the highest incidence of the disease, most of the experts agree upon potential returning of the virus to vast Eurasian space. It is, thus, extremely hard to predict the destiny of the migrants that are stuck in their routes towards the Western Europe, as more than several serious variables influence their journeys, and with the virus that changes the global politics on a daily level.