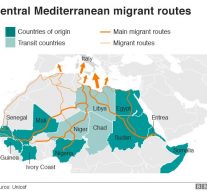 No Comments on Spain, migrants and refugees 77

Recently, Spain has witnessed a rising number of refugees and migrants arriving by sea to its shores.

Spain’s enclaves of Ceuta and Melilla are the Spanish territories that have been mainly interested by irregular border crossing in the last years, while main land coasts have never seen as many arrivals as other Mediterranean countries, like Italy or Greece.

However, recently the number of refugees and migrants risking the sea journey between Morocco and Spain has been rising sharply. 10.000 migrants have arrived in Spain by sea so far, with the one-day figure the largest since August 2014, when about 1,300 people landed on the Spanish coast in a 24-hour period.

According to UNHCR, Spain is under-resourced to welcome the new arrivals, especially the most vulnerable, including women, victims of people-trafficking, and children.  At the moment the accommodation system does not have the capacity to face the needs of the recent situation. In addition, authorities are not trained to recognise vulnerabilities and to proceed with identification and protection procedures.

Last week, the International Organisation for Migration (IOM) said Spain could become more popular than Greece as a destination for people seeking to enter Europe, as some look for alternatives to Italy.

William Spindler, a spokesman for UNHCR in Geneva, said: “There have been three main routes into Europe for many years, for decades: the central Mediterranean one, the eastern one from Turkey to Greece, and there has always been Spain. What is true is that when efforts are made to clamp down on one route, another tends to open up.”

UNHCR figures show that most of those arriving in Spain by sea set out from Morocco, although some also embark from Algeria. The majority of the migrants are from Cameroon, Guinea and the Gambia.