Home / Economy / Is the Spitzenkandidaten dream derailed, once again? 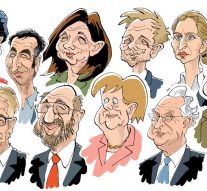 No Comments on Is the Spitzenkandidaten dream derailed, once again? 63

The 14th President of the European Commission is about to be appointed soon by the EU Parliament’s majority. Madam Ursula von der Leyen, now an ex German minister of defence will most likely succeed to Jean–Claude Juncker for a five year term. This will be the first woman–led position in the Union’s history for the most important executive EU institution post. During the bidding process which wasn’t that smooth as it should have been, EU leaders put a pledge to Ursula von der Leyen, derailing the Spitzenkandidaten process which initially started with Juncker’s appointment back in 2014.

Even ancient philosophers claimed a pure involvement into everyday political occurrences as a precondition for political survival. It seems that a burden of these ideals was not resepcted. The EU’s founding fathers strongly advocated for a more unified Europe based on democratic norms and principles. Even though there have been vast number of initiatives to pledge democracy on stage in European affairs, the ones occurred recently tackle the Spitzenkandidaten process. Spitzenkandidaten process is what initially promised to make a supranational democracy dream come true. It was proposed prior to 2014 European elections aiming to provide coalition leaders the ability to easier become the EU Commission’ presidents. The initiative was fruitful for the first time ever once Jean-Claude Juncker led teh campaign himself, subject to which he became the incumbent. Before the European Election campaign starts, each party at the European level can publicly announce who their transnational spitzenkandidat will be, informally making them the face of their election bid. The spitzenkandidat who can secure a majority governing coalition in the European Parliament (353 MEPs) will become European Commission President if nominated by the European Council (Heads of national governments and states). After the negotiations were healed by the mysterious developments, EU Member States leaders nominated Ursula von der Leyen for the most important high level European post.

Europe is a hybrid democracy – a union of states and peoples. Both Parliament and the leaders of the member states have democratic legitimacy, which is why the treaty provides for the European Council to propose by qualified majority a candidate for Commission chief “taking into account” the European Parliament election results. The nominee needs an absolute majority in Parliament to be appointed. The next EU Commission leader shall surely become the most visible subject of the Brexit talks. Besides the Trump crisis, migration issue which hasn’t been concluded yet. The new EU Commission President must deal with some global issues, such as Iran nuclear deal and Middle East concurrences. Also, Arctic issues, and China relations would be of the most feasible projects for the in–coming Commission to come. Whatever her shortcomings as defence minister – the job from hell in a country with an aversion to all things military for historical reasons – von der Leyen is a committed, multilingual pro-European in Merkel’s centrist mold, with long experience of running sprawling ministries. So why are so many lawmakers thinking of rebelling against her appointment? For some, the reasons are ideological – nationalists hate her European federalism, Greens find no evidence in her record of concern for climate change or the environment. But for many, this is just about asserting the power of the Parliament to hijack the nomination process, whatever the treaty says. Parliament was able to do that last time around because of a (backroom) deal struck between the EPP and the Socialists, the institution’s second-largest party.

Is there anything we can do?

Quite an anocratic way of bidding the leading decision–making post, above all, has led to a simplified question: is there anything we can do? In everyday political life, and especially during the election campaigns, an average EU voter is being displaced from the centre of supranational meritocratic process. The distance between Europeans and their supranational institutions became so huge, that an EU citizen even don’t have connection with the Brussels’ administration.