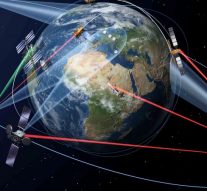 No Comments on The New Space 62

2020 is bringing a lot to the table for the European Union: from the final agreement on the EU seven-year EU budget, to a European Green Deal, passing through the EU enlargement with North Macedonia and Albania (vetoed by French President, Mr. Macron), and Germany’s next election, we are all invited to think fresh and look at 2020 as a decade of innovation and disruption affecting people, companies, government and countries.

Last but not least, what does the future hold for one of the most appealing European policy, namely space policy? And what lies ahead in terms of legislation and resources? Regarding the new Space Programme presented by the European Commission on June 2018, the proposal and highly secured budget worth 16 billion € is experiencing a setback with the Finnish Presidency, who is trying to reduce it by 12%. EP President David Sassoli wishes to prevent it as the major discontent is indeed about space and defence, as inadequate sustain to these sectors will affect the positive spillovers the space provides. Europe counts with more than 23 000 operators in the field of aerospace. Nonetheless, the importance of space for defence was well highlighted at a meeting of the European Parliament’s Subcommittee on Security and Defence (SEDE), in November 2019.  European GNSS Agency (GSA) Chief Pascal Claudel spoke about how the European Union’s space programmes contribute to its strategic autonomy in the area of security and defence, thorough the use of Galileo, EGNOS and Copernicus tools. This priority continues to be a priority also for the newly appointed Commissioner for Internal Market, Thierry Breton, for whom, “L’Europe doit bien sûr disposer d’un accès autonome à l’espace, […]. J’y travaillerai au travers du nouveau programme spatial européen.”

The new European Commission it is about a new decade with global ambitions, ranging from climate, security and defence and growth. One of the most looking forward plan after the Moon landing in 1969, is for humans to go back, this time with the intentions to stay, as Nasa has illustrated in a complex plan together with Europe, Canada and Japan. Once installed the Gateway, an orbital space station, missions to the lunar soil and a permanent base will secure the living of astronauts, explorations, and development of technologies to test human life for a long-term view. Finally, the multiple missions ahead Mars (America, Europe, China and the UAE are sending probes).

From a historic revolution we are experiencing a new commercial one and Europe 2020 is going to about the so-called new space economy (NSE), that economy deriving from the space and its spillovers as data and applications. It will be about lunar mineral exploitation and other solar system corps, space tourism, R&D, innovation, among others. With a budget of 350 billion € in 2019, the new space economy is predicted to reach 1.1 trillion € worth of affairs by 2040.

The new space economy now and in the following years will be a disruptive force affecting all levels of our economy. The fields which will benefit the most are the satellite broadband that give access to high-speed bi-directional Internet connection via geostationary communications satellites; satellite farming; mining; space tourism; satellite imaging. This decade will see Europe with ESA to start mining the Moon sole by 2025. Key issues that will be tackled are, among others:

To conclude, ESA’s Ministerial Council Meeting in November testifies the importance of space for the EU economy, as the EU member states have agreed on the biggest ever budget for 2020s, reaching an almost over 30% subscription for a total of 14.4 billion euros. ESA’s commitment to secure Europe’s access to space while strengthen our planet, brings for 2020 11 more Earth observation new missions in the Arctic and Africa to tackle climate change; space safety to reduce the dangerous debris and automation space traffic control; satellite communication industry development (5G) among others.