Home / Migration / The twofold issue of the Dutch Presidency on Migration 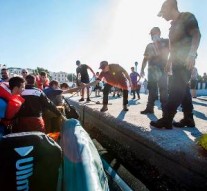 The Proposal of the Dutch Presidency on migration included the successful implementation of the recent decisions on the relocation of 160,000 asylum seekers, the effective functioning of hotspots, and steps to foster operational cooperation between member states.

A strong European Union without internal borders needs, of course, common solutions in the area of justice, security, asylum and migration – fields of interest of the Dutch Presidency, whose mandate ended on 30 June. The Netherlands’ Presidency has endeavoured to take forward and help implement the European Agenda on Migration.

First of all, it has been looking to take relevant steps towards a fair distribution of the first asylum seekers to arrive and the processing of applications for asylum: with very important externalities on the entire European security system, improving the security of Europe’s external borders.

The Netherlands Presidency addressed the various challenges arising in this area via efforts aimed to build an integrated and efficient European approach. The Presidency proposal included the successful implementation of the recent decisions on the relocation of 160,000 asylum seekers, the effective functioning of hotspots, and steps to foster operational cooperation between Member States. The legislative proposals on a relocation mechanism and a European list of safe countries of origin have played a very important role during the Presidency.

The Netherlands have strongly reported its goals during the discussions in the Council on the Commission’s border management package, which was presented in December 2015 and promoted a wider and more structured mandate for Frontex. The same European Council of December 2015 called for a Council Position on this important issue during the Netherlands Presidency.

The twofold issue of the Dutch Presidency on Migration

The Netherlands Presidency had to deal with a twofold issue towards its internal and external borders. At the same time, the EU Presidency assisted to the potential collapse of the Schengen Area, jeopardising the freedom of movement given to all European citizens, and, on the other hand the growing pressure coming from the Middle East and the Mediterranean, in the shape of huge incoming flux of migrants, escaping war, famine, poverty.

In a first place, disaggregating Schengen would inevitably cost Europe too much, so it is crucial to protect its external borders. Even if Schengen collapsed, it would still be important for European countries to cooperate in guarding the Mediterranean border. That does not mean creating yet another supranational bureaucracy, but rather exploring alternatives to failed policies (3,695 people died at sea last year). The modest solutions have failed and it has been up to the Dutch now to urge Europe to get its act together and explore more ambitious alternatives.

Secondly, in November 2015, the European Union and a large number of African countries met in Valletta, Malta, to make agreements on the long-term management of migration flows. The EU Emergency Trust Fund for Africa was launched, making €1.8 billion available for that purpose. The Netherlands has played an active role in managing the fund.

The action plan is focusing on three regions in Africa: the Horn of Africa, the Sahel region and northern Africa.

The EU has set up partnerships with the countries to promote economic development, improve border control, tackle people smuggling and encourage effective cooperation on the return of migrants who are not permitted to settle in Europe. There will also be support for Turkey, Jordan and Lebanon which are already hosting a great many refugees from the region.

The Mediterranean Area is actually struggling with the tragedy of people dying while attempting to cross the sea, and discover a place where to live safe and sound. These huge flows originate in Syria or Libya, countries affected by serious internal conflicts, which gained international relevance due to the entry of international powers and the global consequences that such actions exert directly on the European Union.

The pledge of the Dutch Presidency  in support for Syria

The international community has pledged 11.2 billion US dollars to help Syria and the region: 5.8 billion for 2016 and 5.4 billion for 2017 to 2020. As much of this sum as possible has been lent on concessional terms (‘soft loans’). This reflects the Netherlands’ commitment to tackling the crisis through more than emergency aid alone, ensuring that long-term investments are made in the region.