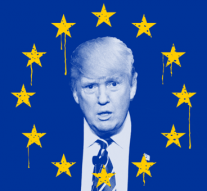 No Comments on Trumpism, EU Economy Growth and Interim Stuffs 31

It seems that Brussels’ Autumn feels more like being a Spring. This period of the year is reserved for its bureaucracy getting back to the roots of its existence – hard work. While Autumn is already knocking on the door, an average bureaucrat should not regret the fact that s/he missed the key updates coming from each corner of the globe, directly implying the way EU economy should further develop. Or not?

We could unequivocally conclude that density of vast information within a spectrum coming from the mainstreams concerning Trump’s “economic war” was even stronger than the one registering the sunlight. The most desirable Trans-Atlantic partner has now changed his discourse.

No one can actually count the number of Trump’s attempts to announce an economic war to the EU, this summer. Finding an adequate expression to describe the fight between the Brussels’ and Washington’s administrations would be harder than resolving the problem itself.

The President Trump has agreed to push that threat to the side as the two parties begin broader negotiations. The trade war erupted after he imposed tariffs on steel and aluminium, and the European Union responded with retaliatory tariffs on iconic American products like blue jeans, bourbon and Harley-Davidson motorcycles. Those tariffs will remain for now, but will be part of the negotiations. “Juncker’s achievement was to get Trump to say publicly that he would reconsider steel and aluminium tariffs and not impose car tariffs in return for a negotiation,” said Guntram B. Wolff, director of Bruegel. “For the E.U., the gun is still loaded but it’s not pointed at our heads, so for us it’s a good moment to negotiate.”

An Interim European Semester: Way forward of another Interim thing?

According to the European Commission, against the positive economic outlook, this year’s country-specific recommendations seek to promote a forward-looking approach, focussing on building the basis for sustainable, inclusive and long-term growth. Member States need to pursue structural reforms that improve the business environment and conditions for investment; especially through product and service market reforms, fostering innovation, improving small and medium-sized enterprises’ access to finance and fighting corruption. Member States also need to promote reforms that prepare their workforces for the future and increase digitalisation, reduce income inequalities and foster employment opportunities, for young people in particular. Finally, Member States need to adopt reforms that strengthen economic resilience in the context of long-term challenges, such as demographic trends, migration and climate change. Only resilient economies can ensure long-term economic convergence and the reduction of social disparities. The country-specific recommendations also dedicate special attention to social challenges, building on the European Pillar of Social Rights, proclaimed in November 2017. The ensuing recommendations encourage Member States to advance on the three dimensions of the Pillar: equal opportunities and access to the labour market, fair working conditions, and social protection and inclusion. A particular focus is put on the provision of adequate skills, on the effectiveness and adequacy of social safety nets and improving social dialogue.

An Ode to the (European) Joy?

For these reasons and as a part of a wider reform of the EU economic governance, the European Council decided to establish the European Semester in 2010. The legal basis for the process is the so-called ‘six-pack’ – six legislative acts that reformed the Stability and Growth Pact. The first European Semester cycle took place in 2011. On another hand, simultaneously with the European semester development, the well-known ‘Trumpism’ phenomenon has already conquered the world. Some patterns heavily remind to an American poet Emily Dickinson, who has by the way never travelled to Europe, nor had any connection within. This however did not stop her in writing a famous poem about Brussels. In her inspiring text, she explains Brussels as a “…gentle price, the poorest could afford, it was within the frugal purse of Beggar – or of Bird”. The Ode to Joy in the American way, especially the modern one, seems to be slightly connected to a willingness to help establishing and further improving the sincere transatlantic relations. A 2018 version of Emily Dickinson is mostly likely travelling to Europe only by pressure, not caring much about the ‘internal’ stuff and complexity of the EU members, while also not being interested in resolving the economic barriers’ race. Simultaneously, he pretends to be a “better European” than the Europeans themselves. Does it sound familiar?