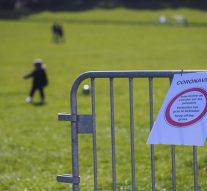 No Comments on Unchained but confused: phase II 27

They have been witnessing the dramatic drop in industrial production, and they are aware of the far-reaching consequences for employment, investments and income. Now governments across Europe are set to not let the touristic season fail as well. This seems the main reason behind the sudden relaxation of the measures to prevent further spread of COVID-19. Italy was first to announce the opening of its borders for tourists and the possibility to move within the country – although doubts about the mobility between certain regions remain. Then Greece and Croatia followed, and now Spain seems to be about to join the club.

To the other end of the touristic spectrum, the net exporters of tourists, countries like Belgium would be worried for where to host the number of people living in the country and who would normally travel abroad during the holiday season. « First world problems » some may say.

Cultural, personal backgrounds and experiences are creating a variety of reactions to the relaxing of anti-COVID-19 measures. Some are just happy to enjoy more freedom and are enjoying every new bite of it as soon as possible; others keep staying at home, terrified and petrified by the conviction that the virus doesn’t disappear overnight, thus shouldn’t restrictions do. Also, those with intolerant attitudes could only grow them bigger during the isolation – they are the ones patrolling others’ actions and blaming fellow citizens for the lack of self-control.

What lies ahead is, in fact, a conundrum and only confusion seem to reign over there. Amid fears of losing everything, better spreading the delusion that we can go back to normal, rather than setting a new normal? The recovery strategy was presented as digital and green, but there’s plenty of scientific articles already floating on the web and stating that the recovery measures to be deployed will make CO2 emissions skyrocket again.

People first is not the mantra for phase II, let alone the web of life in which people live: economic and financial recovery is the rule and this is the remit to which « whatever it takes » can be applied.

The lockdown spurred intellectual reflections, philosophical questions and sociological debates not seen in a long time on such a large scale. Urban regeneration, a new relationship between humankind and the realm of animals, a new understanding of globalisation and productivism, the social value of work and much more was discussed among academics as much as, with the due differences, among friends and families.

Those who resisted well enough to the lockdown measures wanted to see in this tragedy a glimmer of hope for a lesson to be learned, and a brighter future to be finally built. A dawn for humanity, in a fatalistic sense. But this is not what phase II looks like. Hopefully, the reflections that flourished during the lockdown will find an outlet in the social economy at some point. But it will be not the new normal. If anything, the increased time for individual and social reflection may have polarised societies even more. Including for Europeans’perception of the EU and its future. It is not unlikely to expect that previous antieuropean feelings became stronger and proeuropean ones got polarised : Europe did well / if only Europe was empowered to do more.

As global as the crisis has been, a globally coordinated reaction would have been the most rational and right way to tackle it. International solidarity and a right-based approach to lead possible UN actions. Instead, we see on one end of the Ocean the data on the pandemic being hidden from international authorities (China) and, on the other, open encouragements to assume drugs that are now proven to increase the chances of death (US), or denials of the virus itself (Brazil). In between stands the EU, at times confused, at times restricting political and civic freedoms (Hungary, Poland), at times lost in internal fuss and buzzwords and finally sometimes able to identify common solutions…to save the economy. But there is also Africa, that is quietly dealing with the virus better than countries that are financially better equipped. Should we look South, to find some clarity amid the chaos?