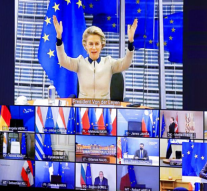 Covid-19 crisis caused an huge impact that resulted in the highest allocation of money ever recorded in world history in trying to find a vaccine.

The development of vaccines is a complex and lengthy process, but all over the world States rushed in efforts to accelerate the availability of this instruments. Major powers around the world has scrambled to become the first to develop a vaccine to protect against Covid-19: Russia, Cina, Usa and European Union. A real geopolitical struggle has emerged despite the stressed need for coordination and multilateralism.

On August 11th 2020, Russia became the first country in the world to approve a vaccine against Covid, Sputnik V, despite widespread concerns that this approval was premature. Serbia and Belarus are now the only European countries using the Russian vaccine, which does not have the approval of the European Medicines Agency or the World Health Organization. But many other countries in the world decided to rely on Sputnik V vaccine for the fight against the virus: at the end of December, Argentina began to vaccinate its citizens against coronavirus administering the first of 300,000 doses of the Russian vaccine.

In the meantime, China has approved three vaccine candidates developed by Sinovac and state-owned Sinopharm for emergency use. Turkey, Indonesia, Brazil, Chile and Singapore: many States decided to rely on Chinese vaccines to fight Covid-19. Unlike the United States, China has joined COVAX – the vaccine partnership that aims to subsidize vaccine access for poorer countries and ensure equitable global distribution.

The EU Commission and Member States have agreed on a joint action at European level. The Commission plans a centralised EU approach to securing supplies and providing support for the development of a vaccine. EU executive enters into Advanced Purchase Agreements with individual vaccine producers on behalf of Member States. The EU Commission has forged agreements with individual vaccine producers on behalf of EU countries. Once available, proven safe and effective, and authorised at EU level, all Member States will have access to COVID-19 vaccines at the same time and the distribution will be done on a per capita basis to ensure fair access.

At the beginning of January 2021 the European Union has authorized Moderna’s Covid-19 vaccine, the second coronavirus vaccine to be approved for use in the EU after the on of Pfizer/Biontec. Thus, up to know, the Eu citizens could rely on the vaccine developed by two producer.

When it comes to getting people vaccinated, the EU is trailing behind the UK., the U.S. and Israel, and a growing number of critics blames the European Commission. “I don’t think that the issue is really the number of vaccines, it is the fact that we are at the beginning of a roll-out,” Commission chief spokesperson Eric Mamer said. “We’re all judging this as if this campaign is over; in fact, the campaign is just starting.”

EU countries have vaccinated hundreds of thousands of people collectively, but the numbers differ drastically between countries. Even Germany, which has vaccinated 265,000 people, more than any other EU country, as of January 4, is still far from the the U.K. that has given jabs to around a million people and the U.S. more than 4 million. “The reason for this bottleneck, for this shortage at the beginning of the vaccination campaign, is not too few quantities ordered, but rather the lack of production capacity”, German Health Minister Jens Spahn said in his first press conference of the year.

European Commission President Ursula von der Leyen announced on 8th of January a deal to buy 300 million more doses of the BioNTech/Pfizer coronavirus vaccine, doubling its order for the jabs.“Europe will have more than enough vaccines in a reliable time frame” she said. “The path we have taken together as Europe is the right one. We now have access to 600 million doses of the #BioNTech/Pfizer vaccine, double the initial quantity. It will boost vaccination across Europe. Overall we have secured 2.3 billion doses of the most promising COVID19 vaccines for Europe & our neighbouring countries”, von der Leyen said.

But rushing to have a vaccine should not be considered a competition. On the one hand there is a blame on who, as Russia, tried to develop as quickly as possibile the vaccine; while on the other hand there is criticism against a slow deployments of the jabs that seems to forget the unprecedented result obtained in producing vaccines in less then a year time. German Chancellor Angela Merkel is “open” to the idea of producing Russia’s coronavirus vaccine in the European Union, according to a spokesperson for her office. Germany has made it clear that this would only happen if the European Medicines Agency (EMA) were to give its approval to the Sputnik V vaccine. Europe’s regulators approved the Pfizer-BioNTech vaccine last month and the Moderna’s jab on Wednesday. However, the EMA has not yet received a formal request to assess the Russian Covid-19 vaccine for administration across the EU.