Home / Social Policy / Western Balkans in the EU: a Long Path Worthy to Be Covered 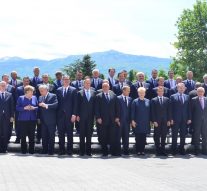 No Comments on Western Balkans in the EU: a Long Path Worthy to Be Covered 57

There is maybe no strongest mechanism to keep Western Balkans States close to the EU than through the European support and a clear enlargement perspective. That is not about saying that the six Western Balkan States (Albania, Macedonia, Bosnia Herzegovina, Serbia, Kosovo and Montenegro) should enter in the EU immediately, but that Brussels should keep carrying on this process in order to be strongly connected and present in this region at “the heart of Europe”.

On the one hand the Balkans States receive the EU support, also through financial aid, but on the other hand Brussels can ask to the candidate or potential candidate countries to seriously work on reforms in several fields. This mechanism is not so different from the one envisaged for all the EU Member States, that even more when they are in the Union, should indeed respect European standard as regard rule of law, corruption, budget, if they want to stay in the common project.

Although this could be considered one of the reasons that is causing a strong euro–skepticism growth in the EU – furthermore in a period characterised by Brexit – keep on believing in the common project appears impossible without an enlargement perspective. Believing in the enlargement process is for many ways the same as believing in the EU as a living project, as highlighted by the same Union history and by the need for an external projection toward the rest of Europe still not in the “European family”.

Thus we can say that this process is also a clear strategic objective for the EU, even in order to contain Russian, Turkish, or Chinese influence in the Balkans: without EU strong presence there, those powers are always ready to fill the geopolitical vacuum.

All those considerations emerged also in Sofia on the 17th of May, during the first EU–Western Balkans Summit since 15 years (Thessaloniki Summit of 2003): in Bulgaria the EU reaffirmed its unequivocal support for the European perspective of the region. “I am in favour of anchoring the Balkans in Europe and moving toward Europe. But I think we need to look at any new enlargement with a lot of prudence and rigor,” Macron told reporters at the Summit in the Bulgarian capital, explaining that the path toward the EU is not an easy one. “What we’ve seen over the past 15 years is a path that has weakened Europe every time we think of enlarging it,” added Macron.

So if the enlargement is without any doubt a long process, it could be kept in mind that Western Balkans States entry in the EU would result in limited additional costs: European financial aids has reached around € 7 billion already for the period 2014–2020 (most of which concerns support for administrative and institutional reforms) and, once the accession will be reached it could be completed without many additional funds, equivalent to around 2% of the EU’ 2017 budget.

Thus, as stressed in Sofia, the EU enlargement process will pass through concrete projects not just on infrastructure but also to boost concrete opportunities namely for young people with the aim of tackling brain drain. The EU will provide grants for additional 11 high–priority transport projects (road, rail, ports) worth €190 million. This investment can leverage up to €1 billion in loans from international financing institutions.

The Commission will increase its support for youth and education, in particular by doubling the funding for Erasmus+ for the region and by launching a pilot project for mobility in vocational education and training. The Commission will also establish a “Western Balkans Youth Lab” in 2018, providing space for innovative policy–making addressing the needs of young people. And it will support the expansion of the Regional Youth Cooperation Office and introduce an intra–regional mobility scheme.

Thus other aims envisaged in Sofia declaration are to expand the scope and reach of programs to allow young generation in the Balkans to study abroad and to introduce an intra–regional mobility scheme: this will ensure progress in the implementation of the Regional Economic Area, including stepping up work on recognition of qualifications, and progress on trade facilitation within the Western Balkans.

“This summit has allowed us to forge even closer links with our friends from the Western Balkans who, step by step, each day come a little bit closer to the European Union – each at its own pace and merits,” said the President of the European Commission, Jean-Claude Juncker, adding that: “Being anchored in the European Union means sharing values and principles, including respect for the rule of law, independence of the judiciary and freedom of expression – because the European Union is first of all a community of values and law”.