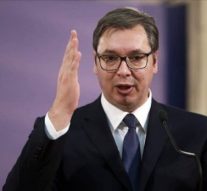 Serbia is the only Country in Western Balkans who decided not to join European sanctions against Russia as a consequence of Ukraine’s aggression. Belgrade’s position on Ukrainian conflict was a severe test of “balancing” the solid alliance with Russia and the need to show a certain alignment with the EU also in foreign policy.

Serbian President Aleksandar Vucic spoke explicitly of “unprecedented pressure” suffered by him in the aftermath of the outbreak of the conflict. Serbia has decided not to join the EU sanctions against Russia, being the only exception among the countries of the Western Balkans. However, Belgrade voted in favor of the resolution approved by UN General Assembly condemning Russian invasion. This position has created satisfaction in Western governments, even if in the following days the requests for Belgrade’s accession to the sanctions against Moscow have returned to mount.

Vucic has repeatedly clarified that the Serbian authorities have already decided on the sanctions, while expressing solidarity with Ukraine and declaring the importance of respecting international law. Serbia actually aims to join the EU, while maintaining strict neutrality regarding relations with NATO. Regarding the issue of sanctions “against any State, including Russia”, argued Vucic, as a country that has experienced sanctions in the past Serbia believes that it is not its vital national interest to introduce sanctions to anyone.

The Serbian president, as well as the government, have therefore chosen to condemn the violation of international law committed by Russia without, however, taking concrete action so as not to damage the special economic relations with Moscow. Serbia also has good relations with Ukraine, a country that does not recognize Kosovo’s independence and with which Belgrade has good economic relations. The war is therefore considered as an unfortunate event by the Belgrade’s authorities, who are primarily committed to limiting the impacts of the conflict on the economy. A synthesis of this line was offered by the President of the Parliament Ivica Dacic.

“We are not interested in either the East or the West. We are only interested in Serbia,” said Dacic, calling on the international community to revoke the recognition of Kosovo before putting any kind of pressure on Serbia. Among the other Countries in the Balkans, only Bosnia Herzegovina faced big troubles in deciding a common position on the war in Ukraine. The war in Ukraine enhanced the differences in the foreign policy between the two entities of Bosnia Herzegovina. On March 2, Serbian leader Milorad Dodik abandoned a meeting of the tripartite presidency arguing that the other two exponents, the Croatian Zeljko Komsic and the Muslim Sekif Dzaferovic, did not want to discuss the position on Ukraine.

In essence, Dodik was placed in a minority, while Sarajevo in fact supported the UN resolution condemning the Russian invasion as well as the EU sanctions against Moscow. Bosnian Foreign Minister, Bisera Turkovic, said that she “fears” that the war in Ukraine may be part of “a broader trend” of Russian aggression even in the Balkans. This same threat has been highlighted in Kosovo, arguing that Serbia has not distanced itself from Russia and thus could act in a similar way in the Balkans.

The new fears sparked by Ukrainian conflict has urged all Western Balkans Country, and especially the most fragile one as Kosovo and Bosnia, to accelerate the integration process in the EU as a guarantee for their own security. Now it is up to the EU demonstrating that Western Balkans really belong to Europe, through a concrete acceleration of enlargement to the region.