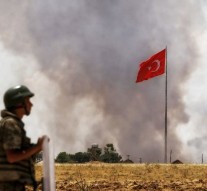 No Comments on Who’s the real enemy? 69

Last week, following the suicide bombing in Suruç attributed to the Islamic State, Turkey launched, for the first time, overnight airstrikes against jihadists in Syria. In doing so, Ankara went also on its longstanding enemy, the Kurdistan Working Party, known as the PKK.

As Turkey decided to take a more active role in fighting against ISIS, also the Turkish geopolitics in the Middle East has undergone a radical transformation.

The fragile peace process between the Turkish government and the outlawed Kurdistan Workers’ party, or PKK, seems to be collapsed. The Kurdish question is a long and deep-rooted one in Turkish history. Since the 1920, the Treaty of Sèvres called for the autonomy for Kurds, but the question remained unsolved. After decades of tensions and failed attempts to reach a shared solution, the two counterparties had observed a tentative of ceasefire negotiated, in the 2013, by the imprisoned PKK leader, Abdullah Ocalan, and the Turkish government. Nevertheless, with the recent escalation of the fights, the PKK declared  that the ceasefire had “lost all meaning” due to the Turkish military assault, the heaviest since peace negotiations began.

The bombing against the Caliphate is a major political shift for the Turkey government, which agreed to open its airbases for US-led coalition warplanes, after the US had grown increasingly frustrated with Turkey’s reluctance to join the fight against ISIS. The agreement will cover the use of the Incirlik airbase and will provide the “emergency” use by allied aircrafts of other Turkish airbases, including those in the South-Eastern provinces of Batman, Diyarbakır and Malatya, plus more general permission to use Turkish airspace. 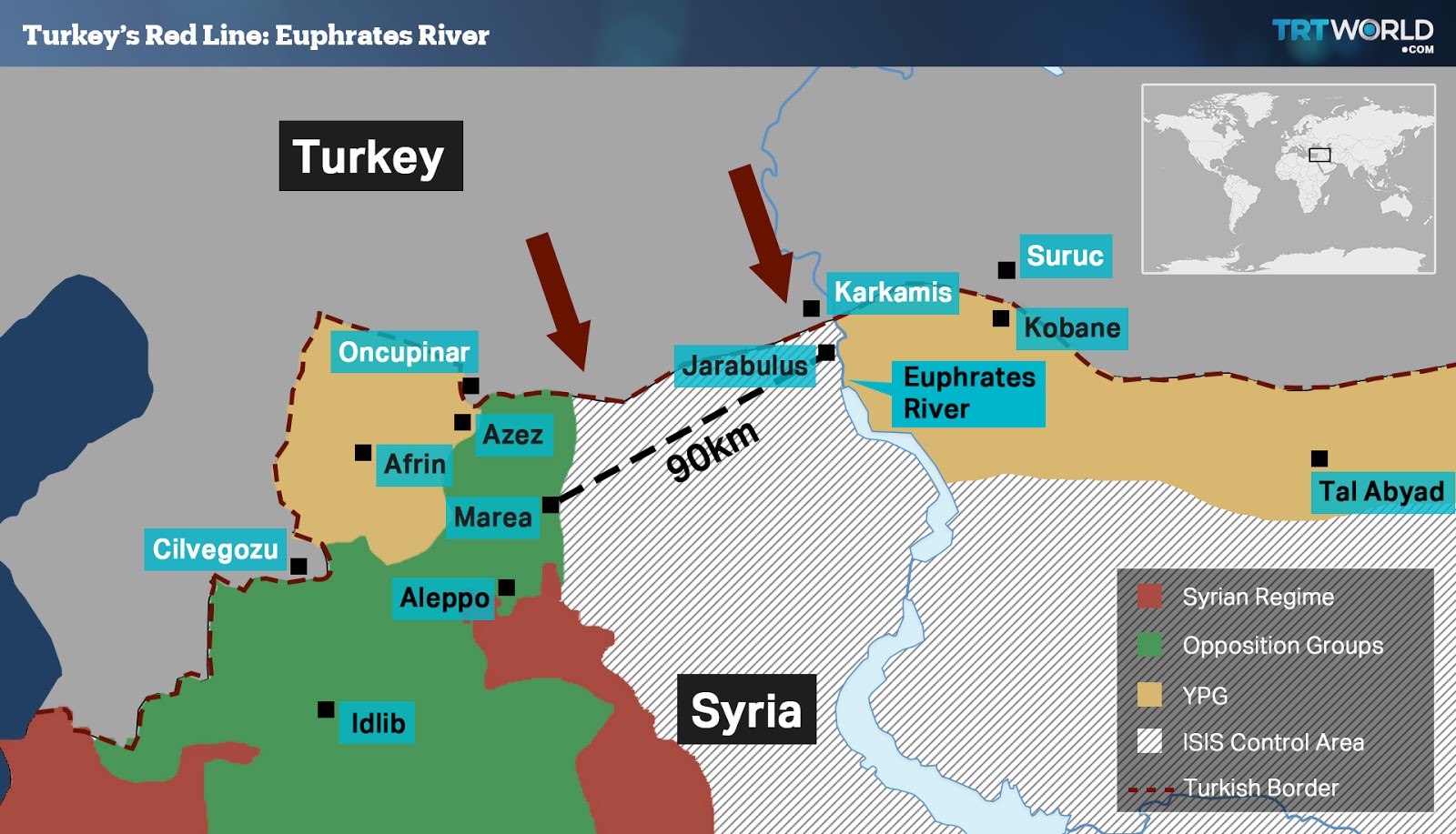 In exchange for the Turkey active support, the President Obama probably agreed to the establishment of a designated buffer zone inside Syria, effectively a de facto no-fly zone protected by coalition and Turkish forces, which would provide a safe haven for refugees and would avoid fighters to cross the border. The Turkish Government has long been pushing for this solution, but it was, so far, unsuccessful in convincing its Western Allies to enforce a security and no-fly zone in Syria. Nevertheless, the opening of the Incirlik airbase has fuelled speculations that such a move might be again on the table.

Albeit no official announcements come from the US Government, some political analysts suggest that the U.S. has agreed to turn a blind eye to possible future Turkish military action against the Syrian Kurds, in order to ensure that Turkey would actively join the anti-Isis coalition.

Although it is too early to deduce any conclusion, the reached deal between Washington and Ankara apparently lacks of a shared agenda and this “misalignment” raises some doubts about its real effectiveness. Indeed, while considering the PKK as a terrorist organization, the U.S. Government supports Kurdish fighters, known as People’s Defence Unit (YPG), which are their major ally in the fight against ISIS.

But for Ankara, the attacks against ISIS have a second goal closer to its national interests: to limit the power of the Kurds that resulted from the campaign anti-ISIS.  The Kurd’s  involvement in the armed struggle against ISIS, have contributed to grow legitimacy of the Kurds as well as their autonomy in liberated territories in Northern Syria. Therefore, Ankara is deeply worried about the Syrian Kurds, whose advance has also been helped by airstrikes from the U.S.-led coalition, to go on to form their own state as Syria disintegrates after more than four years of war. From this point of view, Erdogan and Davutoglu wanted to “kill two birds with one stone” with a military intervention along the so-called Mare Line, a large tract of land that goes from Marea to Jarabulus. One aim would be to drive ISIS away from the Turkish border, depriving the jihadists of their last foothold on the frontier and thereby cutting off supply lines. The other would be to prevent the PYD from taking full control over the Turkish-Syrian border.

Regional developments come in a period of domestic political instability for Turkey. Indeed, the last parliamentary elections in Turkey marked a political turning point for the country. The Prime Minister’s Party, the AKP, has lost its parliamentary majority, which would allow him to introduce a series of constitutional reforms leading to a reinforcement of the presidential system. Among the causes of the AKP’s electoral defeat, the entry of the left wing pro-Kurdish party, the HDP, is the relevant one that constitutes a potential strengthening of Kurdish political influence. Indeed, this latter has reached the 10% threshold for the parliamentary representation, thanks to the inaction of the Government over Kobane, the city symbol of the Kurdish struggle against the jihadism.

In this context, the AKP, unwilling to reach a compromise to form a coalition government, may call early elections, in order to push the mainly Kurdish HDP Party below the required 10% threshold, and thus force them out of the Parliament. To do so, the Government probably would take advantage of the opportunity to attack the PKK and to revamp Turkish nationalist enthusiasm, that will work in the AKP’s favor to help it regain a majority to change the Constitution.

Meanwhile, Turkey requested a NATO extraordinary Council Meeting, under article 4, to discuss regional security concerns, which may threaten its national unity.  But, while Erdogan, handling Isis and the PKK as equal terrorist threats, continues to simultaneously attack both of them, America and the other Allied Members raise serious concerns about political and military consequences. Indeed, linking the fight against terrorism to the PKK could weaken Kurdish efforts against ISIS and thus, the Caliphate could take advantages from the Turkish military intervention and, more generally, by a renewed climate of instability in the Kurdish regions of Turkey.