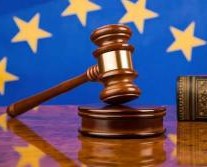 The Court of Justice of the European Union stated in a very recent judgment (Khaled Boudjlida v Préfet des Pyrénées-Atlantiques, case (C-249/13), 11 December 2014), that an illegally staying third-country national has the right to be heard before the adoption of a return decision concerning his or her person, according to the Return Directive (Directive 2008/115/EC on common standards and procedures in Member States for returning illegally staying third-country nationals).

In this judgment, the CJEU recognizes the importance of the right to be heard, even though the Return Directive does not establish a specific procedure for hearing a third-country national before the adoption of a return decision. The CJEU concedes that the Directive does not “specify whether, and under what conditions, observance of the right to be heard of those third-country nationals [is] to be ensured”. However, it also underlines that this right is inherent in observance of the rights of defense, which is a fundamental principle of EU law.

In this judgment, the Court recalls the general rule on return decisions. Rule says that return decision must be issued with respect to a third-country national as soon as it has been determined that his stay is illegal. However, it recalls also that this rule has exceptions. The purpose of the right to be heard before the adoption of a return decision is to enable the person concerned to express his point of view on the legality of his stay and on whether any of the exceptions to the general rule are applicable. Under EU law, national authorities must take due account of the best interests of the child, family life and the state of health of the third-country national concerned and respect the principle of non-refoulement. Therefore, the person concerned must be heard (at least) on that subject.

The Court states also that the right to be heard implies that the competent national authorities are under an obligation to enable the person concerned to express his point of view on the detailed arrangements for his return (such as the period allowed for departure and whether return is to be voluntary or coerced), with the possibility that the period for voluntary departure may be extended according to the specific circumstances of the individual case (such as the length of stay, the existence of children attending school and other family and social links).

The recognition of the need to assess with the illegally staying third-country national his or her situation, before automatically proceeding with the issue of a return decision, is indeed an important step. However, we need to acknowledge that the court adopted a quite cautious approach, because the judgment does not address the substance of the right to be heard in these situation, in particular the actual circumstances of the administrative proceedings at stake, weakening the effectiveness to this right.