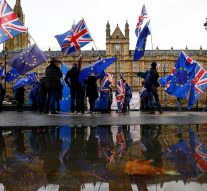 No Comments on Brexit: London Parliament at a crucial crossroad 37

A new chapter, maybe the last and most difficult one, is now open in Brexit talks between United Kingdom and European Union. All eyes are on London, where prime minister Boris Johnson is defending with strength the Internal Markets Bill, a new proposed law that according to him the last resort against “the EU threatening the UK’s integrity”.

The House of Common approved the bill with 340 votes in favour and 263 against, and the result was secured by the support of seven Mps from Northern Ireland’s Democratic Unionist Party (Dup). But several Mps from the ruling Conservative Party have said they cannot support the measure: opposition grows, and the bill has now to be voted again with the possibility to add several amendments. The bill also must go before the upper chamber, the House of Lords, likely by the end of September.

The bill has proved controversial, both the provisions giving ministers powers to unilaterally implement parts of the Northern Ireland protocol, undermining international law as set out in the Withdrawal Agreement, as well as the approach it has taken to guarantee businesses market access across the whole of the Uk. Even Johnson admitted that this Bill would “breach international law” by allowing the UK to override Brexit deal provisions on Northern Ireland. But the british prime minister accused the Eu of issuing “extraordinary threat” that would result in the “blockading of food and agricultural transport within our own country”.
The Uk’s decision to leave the Eu posed indeed a unique challenge for Northern Ireland. As the only part of the country to have a land border with a remaining member state and with a troubled history of violent conflict, changes to the Uk–Eu relationship would present problems for Northern Ireland.

The issue relating to Northern Ireland in the negotiations between the EU and the UK on their relations after Brexit has not an easy solution. On the one hand, there is the prospect of restoring the physical border with related customs controls between Ireland and Northern Ireland, significantly changing what was the situation before Brexit.

On the Eu side there is no will of giving to London any room for new stance on Northern Ireland Protocol. “The Eu will never backtrack on the Brexit Withdrawal Agreement”, said the Eu Commission President, Ursula von Der Leyen, during her speech before the European Parliament for the State of the Union on 16th September. “This Withdrawal Agreement took three years to negotiate and we worked relentlessly on it, line by line, word by word”, clarified von der Leyen.  “And together we succeeded.

And the result guarantees our citizens’ rights, financial interests, the integrity of the Single Market, and crucially the Good Friday Agreement. The EU and UK jointly agreed it was the best and only way for ensuring peace on the island of Ireland. We will never backtrack on that. This agreement has been ratified by this House and by the House of Commons. It cannot be unilaterally changed, disregarded or disapplied.

This is a matter of law and trust and good faith.”, she said. The Eu Commission’s president even quoted the former British prime minister Margaret Thatcher: “Britain does not break treaties. It would be bad for Britain, bad for relations with the rest of the world, and bad for any future treaty on trade”. “This was true then, and this is true today. Trust is the foundation of any strong partnership”, concluded von der Leyen.

As things are now, the “match” will be played mainly in the Uk: if Johnson will succeed in convincing the Parliament to approve its plan over the new Bill then there will be an hard Brexit; if on the other hand he will loose in London the Eu will have the final word to decide if there will be space for another chapter.