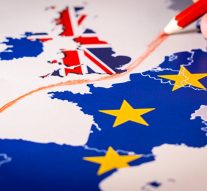 No Comments on UK policies on energy after Brexit 1795

While the Brexit decision gives a clear message of a desire for greater sovereignty and control over UK structures, markets, and legislation, it is still unclear what this means for the energy sector. Are we aiming for an independent UK energy sector? Do we want to reverse the trajectory we have been on for several decades of greater integration of energy markets internationally and a greater UK reliance on external energy sources and non-UK energy companies? Brexit presents an opportunity to stimulate an open debate on whether the UK should become more self-sufficient on energy and what implications this has for energy structures and energy policy.

UK policy towards the sector needs to recognise and address the risks and threats to secure energy supplies in a possible post-Brexit era. A secure energy supply requires: i) secure fuel sources, ii) adequate generation capacity, iii) well-developed infrastructure for frequency control, distribution and storage, and iv) a responsive demand-side. The UK is already facing challenges in all the above areas, and energy supply uncertainty is likely to be exacerbated by the decision to leave the EU. We are therefore facing an increased risk of an energy crisis unless the Government actively addresses and mitigates these dangers.

The UK can no longer meet its own heat and power demands with indigenous supply.

In 2000 UK was self-sufficient in energy and as recently as 2004, the UK was a net exporter of energy, however by 2010, more than 25% of UK energy was imported. Now UK reliance on imports from Norway, interconnectors to western Europe and LNG shipped in from Qatar and now also the USA, has been increasing. It is currently unknown what type of deal will be agreed with the EU for trade relationships, however what we do know is that the UK is likely to have a weaker negotiating position for trading arrangements and be more peripheral to the markets. Not only will this mean higher prices for energy imports at a time when the pound is increasingly weak and our purchasing power has been reduced, but also an increase in the risks that the energy supply will not be available at times when EU members face difficulties meeting their own energy demands.

A global oil crisis is also on going with the world currently relying on oil production from giant fields, many of which are more than 50 years old. In short, the British are failing to find new oil at the same rate they are using it. As a consequence, the world supply of light, easily accessible, oil is slowing down. Current low oil prices have all but killed off global exploration. In 2014 oil exploration companies added new reserves of 2.8 billion barrels, a 60-year low while in the same year 93 billion barrels was consumed. Heavy oil, super heavy oil and tar sands abound (Canada, USA, Venezuela and elsewhere) and production of this could be increased but the environmental impact would be high and it would have significant implications for international climate change accords. From a global perspective, the situation for natural gas is much better but there is no true global market in gas, despite the growth in LNG shipping, and markets are largely regional and, for Europe, controlled by Russia.

The UK is currently highly reliant on Gas for electricity production, domestic heating and hot water. The increased consumption of gas has mirrored the decreasing use of solid fuels such as coal since the 1980s which has been shaped by its relatively lower carbon emission levels, the closure of UK coal industry and closure of coal-fired electricity plants. UK energy policy has signaled an intention to increase the UK’s reliance on gas for electric power as a lower carbon and more flexible means of generating electricity, that is able to respond much more rapidly to changes in demand than conventional coal fired and nuclear generating plants can. Demand for gas is therefore expected to increase over the next 20 years.

For this to continue without interruptions of supply will require an increase in LNG capacity and storage, and development of stranded gas, tight gas and deployment of enhanced gas recovery in the North Sea. Although the UK Government has put a lot of emphasis on a UK shale gas revolution significant uncertainties remain over the extent of gas resources that would be accessible through fracking in the UK, and political conditions mitigate against extensive extraction on land.

When these crises do break the UK, working outside or on the periphery of EU energy markets, will likely be badly affected. The UK currently imports 5% of its gas through the interconnectors. The UK along with Germany and Italy also consumes more than half the EU’s gas demand. This means that they are increasingly vulnerable to fluctuations in supply and even the smallest change in energy imports could have a dramatic effect.

A renewed focus on indigenous energy supply is essential if the British are to weather these increasingly erratic fluctuations. UK renewables capacity has increased significantly with new records set in December 2016 for contribution of wind generation to UK electricity. Onshore wind is now cheaper than coal and offshore wind has demonstrated game- changing levelized cost of energy reduction over the last 3 years, a process which continues apace. Solar energy has also seen a rapid growth fuelled by recent significant reductions in the cost of PV technology.

However, the future of renewables is uncertain within current policy frameworks. The continued growth in renewable energy deployment and cost reduction are delivering UK energy sector resilience and helping the UK to realise its sustainability ambitions. However. this also means increased variability of supply and therefore Capacity Markets rely on electricity from Europe to deal with the inherent fluctuations in both supply and demand. Further development in renewable energy must therefore be coupled with developments in energy storage technology and internal capacity as well as improved demand response mechanisms.

A coherent energy policy which incorporates sustainability, security and affordability must be introduced with a lifetime of several decades to ensure the investor confidence and support the required innovations in technology, needed in the UK. It is essential to ensure that the Energy Policy has credibility and is insulated from other policy adjustments by politicians, so that the set time will not be tampered with and a clear future direction is secured.