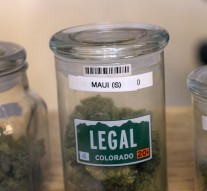 No Comments on Cannabis economics: should Europe legalize marijuana? 1744

The legalization of marijuana in some States of the US has reopened also in Europe the debate about a potential similar move in the Member States of the European Union. Besides the ethical considerations that the issue of drugs inevitably brings to the fore, there is a number of economic aspects that should also inform this debate.

Or is it rather 35 billion Euros? The first problem we encounter in assessing the economic relevance of the marijuana business in Europe is that data are scant and often dependent on heroic assumptions based on the amount of drugs seized by the authorities.

According to the European Monitoring Centre for Drugs and Drug Addiction the annual consumption of marijuana in Europe could be in the range of 1000 to 7000 tonnes; the retail price per gram ranges between 5 to 25 Euros and the amount of people that annually uses marijuana in Europe is estimated to be around 22 million. A simple back-of-the envelop calculation would suggest that, taking only average figures, the actual retail market could amount to as much as 60 billion Euros. By comparison, the retail turnovers for alcohol and tobacco are about 90 billion Euros and 140 billion Euros respectively.

In Europe no Member State has so far fully legalized marijuana. However the Netherlands have notoriously adopted a tolerant approach. Accordingly, “coffee shops” are allowed to sell marijuana to consumers although its production remains illegal in the country, leading to reliance on black wholesale markets. Dutch statistics reveal that the retail turnover of the marijuana business is about 2 billion Euros a year, which brings more or less 400 million Euros a year in taxes to the Government.

The State of Colorado in the USA, after one year of legalization of marijuana, has reported that the retail business was about 700 million dollars which generated about 63 million in taxes for the coffer of the State. Colorado is a small State of about 5 million people, the tax revenues therefore amount to a non-negligible 12 million dollars per capita.

While tax revenues depend on the excise duties applied, the cases of the Netherlands and Colorado suggest that from retail activities only, the Government can obtain between 10% and 20% in taxes. Should we apply an average of 15% to an estimated European retail business for marijuana of 35 billion Euros, this would yield about 5.2 bn Euros per year in taxes. Just as a term of reference, this amount would be roughly equal to the 7-years budget of the Connecting Europe Facility for Energy.

The legalization of marijuana would bring about a sharp reduction of drugs-related criminal offences. Cannabis-related offences in Europe are considered to be around 50-70% of all drugs-related offences, this amounted in 2012 to 850.000 offences reported by the police. The average cost per day of keeping a person in prison in Europe is about 100 Euros. Assuming that every person arrested for cannabis spends at least one day in prison, this would mean an average cost for European governments of about 85 million Euros per year. But of course drugs-offenders may spend much more than one day in prison.

A more comprehensive estimation based on the total prison population in Europe puts the annual amount spent by EU Governments on drugs-related imprisonment at 3.7-5.9 billion Euros per year. While not all these costs would be eliminated by legalizing cannabis, since some may be related to other drugs, one could assume that a significant reduction would take place, probably in the range of 50%. Taking a conservative hypothesis the saving could amount to about 2 billion Euros a year.

…and income for farmers…

Estimating the potential income of potential cannabis producers in Europe is an ultra-heroic exercise. First of all, we would need to assume that legalization does not only allow consumption but also production. Second we would need to assume that part of the current agricultural land would be used to produce cannabis and this in turn would depend on the opportunity costs of the different cultures. Alternatively, we could expect that some land currently not utilized would be exploited for cannabis production.

The unknowns are such that no comprehensive estimation can be made but if one takes the average cost of production of cannabis (another heroic assumption) to be in the range of 0.3/0.5 Euros per gram one can expect the production business to be relatively profitable at an average retail price of about 10/15 Euros per gram.

Leaving aside such estimates however, a more qualitative argument could be made. Production of cannabis requires some 10/12 hours of sunlight per day. For this reason, southern Member States of the EU would be the best place to cultivate it. As such, it could be an additional important source of revenue and entrepreneurship for particularly depressed economies and regions.

By making cannabis more accessible its consumption would probably increase and with it the associated health problems. Legalization would bring about a reduction in prices since current “street” prices factor-in a risk premium, ie. that of being caught by the police. As the price declines, standard economic theory expects consumption to increase. The health risks associated with marijuana are subject of debate in the scientific community. Since it is not clear what health conditions would have to be treated once and if cannabis consumption increases, it is also complicated to estimate the potential higher costs.

What can be argued however is that once cannabis becomes legal, Governments would have stronger tools to control its use, its chemical composition and study its consequences on health. As such, the impact of legalization on overall health costs may not have the expected sign. The excise duties applied to tobacco and alcohol for example take into consideration the negative health externalities of the consumption of these products and at the same time reduce their overall consumption as retail prices are raised.

Conclusions: educate and beware of the Treaties!

Regardless of where one stands in the debate about legalization, some broad arguments can be made. The consumption of drugs is an eternal feature of mankind and it is unlikely to disappear. At the same time the regulations applied to other legal but dangerous substances like tobacco or alcohol, enable authorities to control and limit their harmful effects on individuals and societies. A similar regulatory regime could be applied to cannabis while its production and retail would certainly also bring further revenues to the State and to the farmers and reduce costs associated to law enforcement. Health costs may increase if consumption increases. However if Governments were to use at least part of the extra revenues to promote education and awareness on the risks associated with drugs, the benefits for society at large would be considerable. Prevention is possibly the best antidote against drugs abuse.

Finally, there is a slightly more pragmatic matter that should be considered. As the USA engage in experimental legalization of marijuana and if these experiments appear to work, the American diplomacy may use its leverage to modify existing international treaties on drugs to change the treatment reserved to cannabis, promoting its legalization worldwide. The EU should therefore be careful not to end up in the rearguard of a potentially very lucrative commercial venture.