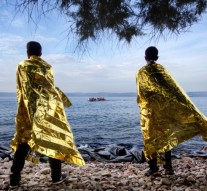 Today, proposals to complete the reform of the Common European Asylum System have been presented by the European Commission to move towards a fully efficient, fair and humane asylum policy.

On Wednesday 13 July, proposals to achieve  the reform of the Common European Asylum System have been presented by the European Commission. Its aim is to move towards a wholly efficient, fair and humane asylum policy, able to face successfully both normal migration flows and high migratory pressure.

The Commission has learnt from the experience that a common and harmonised set of rules at EU level are necessary to put a more efficient and coherent asylum system into place and, to this end, it has proposed the establishment of a common procedures.

The overall objective is to simplify and shorten the asylum procedure and the decision-making, while discouraging secondary movements of asylum seekers and increasing the chance for people entitled to international protection to integrate.

According to the Commission’s proposal, the Asylum Procedures Directive should be replaced with a Regulation setting up a fully, harmonised, common EU procedure for international protection. By doing so, differences in recognition rates from one Member State to the next would be reduced, secondary movements discouraged and common effective procedural guarantees for asylum seekers ensured.

As decisions are expected to be taken normally within six months or less, the overall procedure is shortened and streamlined. Shorter deadlines, namely between one and two months, are envisaged for particular cases, such as accelerated procedures or inadmissible or manifestly unfounded applications. The same goes for lodging appeals, which range from one week to one month, as well as for decisions at the first appeal stage – from two to six months.

The right to a personal interview and to free legal assistance and representation will be guaranteed to asylum seekers already during the administrative procedure.  In case of asylum seekers with special needs, reinforced safeguards are provided.  The same applies to unaccompanied minors, for whom a guardian should be assigned at the latest five days after an application has been made.

New obligations are established requiring cooperating with the authorities. Moreover, if these obligations are not met, strict consequences will follow. Elements that are currently optional, such as sanctions for abuse of the process, lack of cooperation and secondary movements, are made compulsory and include the rejection of the application as implicitly withdrawn or manifestly unfounded, or the application of the accelerated procedure;

The concepts of safe country – together with its application – has been clarified and made mandatory the Commission, which also proposes to fully replace the national designations of safe countries of origin and safe third countries with a European lists or designations at EU level within five years from the entry into force of the Regulation.

The same form of protection should be guaranteed to Asylum seekers regardless of the Member State in which they apply and for as long as it is needed. Thus,  in Commission’s mind, the existing Qualification Directive should be replaced with a new Regulation, as so to harmonise protection standards in the EU and put an end to secondary movements and asylum shopping.

Greater convergence of recognition rates and forms of protection

The duration of residence permits, as well as the type of protection granted to beneficiaries of international protection will go through harmonisation. Member States will have to take into account guidance provided by the European Agency for Asylum on various elements such as the assessment of  possible internal protection alternatives whilst fully respecting the principle of non-refoulement, or  the situation in the country of origin of an asylum seeker.

Each time beneficiaries of international protection are found in a Member State where they do not have the right to stay or reside, the five-year waiting period for them to become eligible for long term resident status will be restarted;

Protection is granted only for as long as it is needed

In order to take into account, for example, changes in countries of origin which could impact the need for protection, a compulsory status review is established.

The rights and obligations entitled to individuals that benefit from international protection in terms of social security and social assistance will be clarified, while the access to certain types of social assistance can be made conditional on participation in integration measures.

Dignified and harmonised reception conditions across the EU

Among the Commission’s proposals, the reform of the Reception Conditions Directive is intended to prevent secondary movements by ensuring that asylum seekers can benefit from harmonised and dignified reception standards across the EU.

Member States should apply the standards and indicators on reception conditions developed by the European Asylum Support Office. Their contingency plans should be drawn up and constantly up to date, as so to ensure sufficient and adequate reception capacity, as well as in situations of disproportionate pressure.

By permitting Member States to assign a residence to asylum seekers or impose reporting obligations, they should be discouraged from escaping and remain available. Whenever an asylum seeker is not fulfilling the obligation to reside in a specific place or there is a risk of absconding, Member States can make use of detention.

Access to the labour market will also be granted earlier, at the latest six months after an application for asylum is lodged. As a result, dependency will be reduced and ensure that such access is in full compliance with labour market standards.

Common reinforced guarantees for both asylum seekers with special needs and unaccompanied minors. As for the latter, a guardian should be assigned at the latest five days after an application has been made.