Home / Energy / COP24 and the National Climate and Energy Plans 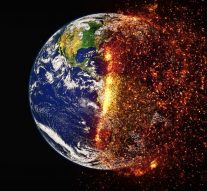 COP 24 took place from the 2nd to 14th of December in Katowice, Poland, at the end of a year (2018) marked by an unprecedented concentration of CO2 in the atmosphere and numerous extreme incidents (drought, fires, world temperature records, etc.) that are now regularly in the media spotlight. In this context, the conclusion of the recent IPCC report is clear: profound and accelerated international transformations are needed in order to limit global warming to 1.5°C.

The current changes in our planet’s climate are redrawing the world and magnifying the risks for instability in all forms. The last two decades included 18 of the warmest years on record. The trend is clear. Immediate and decisive climate action is essential.

The impact of global warming is transforming our environment, increasing the frequency and intensity of extreme weather events. Europe experienced extreme heat waves in four of the last five years. This past summer, temperatures above the Arctic Circle were 5° C higher than usual. Large parts of Europe suffered from severe droughts while flood events have particularly affected Central and Eastern Europe in recent years. Climate related extremes such as forest fires, flash floods, typhoons and hurricanes are also causing massive devastation and loss of lives, as hurricanes Irma and Maria proved in 2017 when they hit the Caribbean, including a number of European outermost regions. This is now affecting the European continent with storm Ophelia in 2017 being the first strong East Atlantic hurricane ever to reach Ireland and in 2018 storm Leslie bringing destruction to Portugal and Spain.

The Intergovernmental Panel on Climate Change (IPCC) issued in October 2018 its Special Report on the impacts of global warming of 1.5°C above pre-industrial levels and related global greenhouse gas emission pathways. Based on scientific evidence, this demonstrates that human-induced global warming has already reached 1°C above preindustrial levels and is increasing at approximately 0.2°C per decade. Without stepping up international climate action, global average temperature increase could reach 2°C soon after 2060 and continue rising afterwards.

Such unconstrained climate change has the potential to turn the Earth into a “hothouse”, making large-scale irreversible climate impacts more likely. The IPCC report confirms that approximately 4% of the global land area is projected to undergo a transformation of ecosystems from one type to another at 1° of global warming, increasing to 13% at 2°C temperature change. For example, 99% of coral reefs are projected to disappear globally at a temperature increase of 2°C. Irreversible loss of the Greenland ice sheet could be triggered at around 1.5°C to 2°C of global warming. This would eventually lead to up to 7 meters of sea level rise affecting directly coastal areas around the world including low-lying lands and islands in Europe. The rapid loss of Arctic sea ice during summer is already happening today, with negative impacts on biodiversity in the Nordic region and the livelihood of the local population.

This would also have severe consequences on the productivity of Europe’s economy, infrastructure, ability to produce food, public health, biodiversity and political stability. Weather-related disasters caused a record € 283 billion in economic damages last year and could affect about two-thirds of the European population by 2100, compared with 5% today. For instance, annual damages due to river floods in Europe could reach € 112 billion, from the current €5 billion. 16% of the present Mediterranean climate zone may become arid by the end of the century and in several Southern European countries outdoor labour productivity may decline by around 10-15% from present-day levels. It is also estimated that reductions in projected food availability are more significant at 2°C than at 1.5°C of global warming, including in regions of key importance to EU security such as Northern Africa and the rest of the Mediterranean. This could undermine security and prosperity in the broadest sense, damaging economic, food, water and energy systems, and in turn triggering further conflicts and migratory pressures. Overall, failing to take climate action will make it impossible to ensure Europe’s sustainable development and to deliver on the globally agreed UN Sustainable Development Goals.

The UN climate conference (COP24) in Katowice, Poland, concluded with the adoption of a clear rulebook to make the Paris Agreement on climate change work in practice across the world. The completion of the rulebook was the EU’s top objective in these negotiations.

The Paris rulebook will enable the Parties to the Paris Agreement to implement, track and progressively enhance their contributions to tackling climate change, in order to meet the Agreement’s long-term goals.

Member States will submit to the European Commission, by the end of 2018, their draft National Climate and Energy Plans, which are central for the achievement of the 2030 climate and energy targets and which should be forward-looking and taken into account in the EU long term strategy. In addition, an increasing number of regions, municipalities and business associations are drawing up their own vision for 2050, which will enrich the debate and contribute to defining Europe’s answer to the global challenge of climate change.